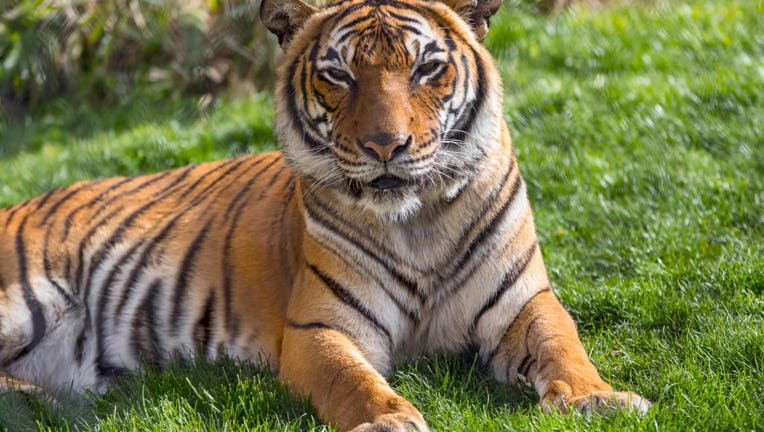 TUCSON, Ariz. - A Malayan tiger at a zoo in Tucson was euthanized Thursday for advanced kidney disease, officials said.

The 19-year-old tiger named Sita was the only tiger at Reid Park Zoo, the Arizona Daily Star reported.

Sita developed kidney disease at the age of 7 before arriving in Tucson in 2011, the zoo said in a statement. The tiger received treatment throughout the years for her kidneys.

Sita was also being treated for arthritis, inflammatory bowel disease and pancreatic insufficiency as she got older, the statement said.

“The arthritis treatment helped Sita continue moving around comfortably, even chasing wild birds in her habitat in the last few weeks,” the statement said.

Sita became lethargic on Monday and veterinarians discovered her kidney disease had progressed, officials said. It is a common disease in elderly domestic cats, and is often seen in big cats, the statement said.

“The animal care and veterinary teams have done a tremendous job caring for our aging animals and those with chronic disease. We were all aware that this day would come, but it does not make it any easier,” zoo operations director Sue Tygielski said.

The median life expectancy for Malayan tigers is 16 years. There are fewer than 350 in the wild, officials said.