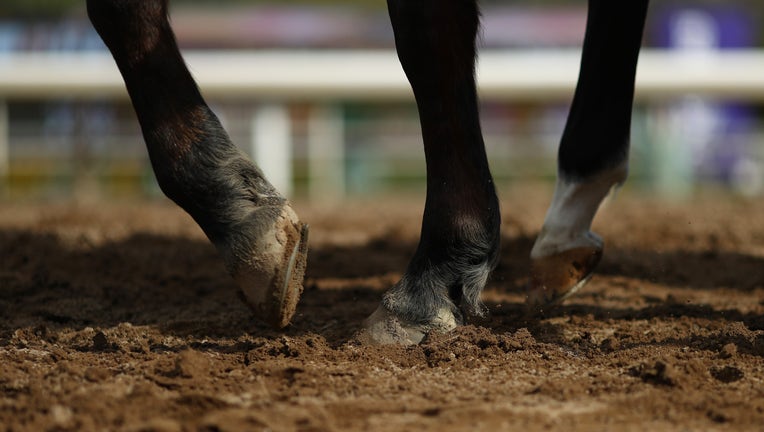 LOS ALAMITOS, Calif. - Two horses died after the first race at Los Alamitos Race Course Saturday, adding to the death toll in a year that has seen increased scrutiny of the sport in Southern California.

According to official Los Alamitos racing results, Mighty Elijah, a 4-year-old gelding, "weakened between horses in the lane, was injured and pulled up inside the furlong marker and was vanned off,'' while Into a Hot Spot "broke out and bumped a rival at the start, was hustled along early, fell back into the turn, gave way and collapsed after being unsaddled.''

Horse racing has been under the microscope since 37 horses died at Santa Anita racetrack in Arcadia during the most recently concluded racing season.

Many animal rights groups have called for a statewide ban on the sport.Track workers and industry supporters, meanwhile, have said shutting down the industry in California would lead to thousands of job losses. 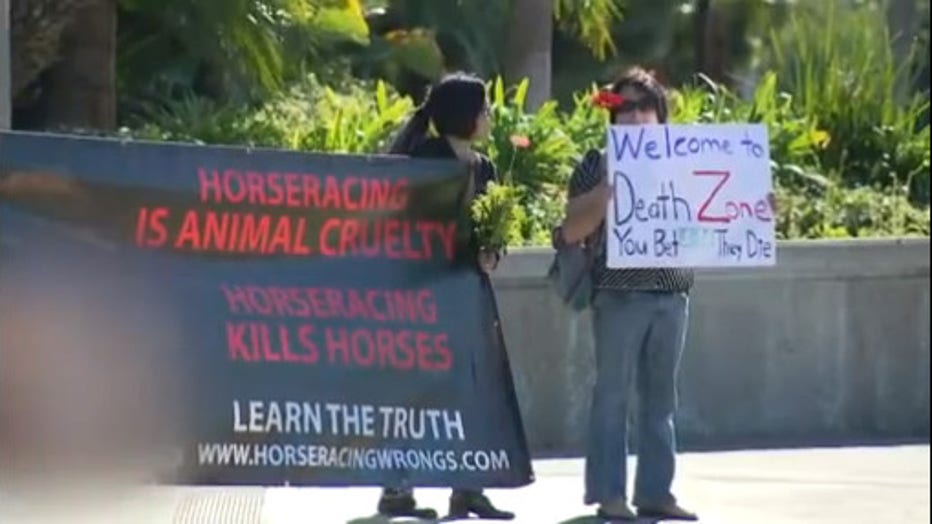 Some of those activists, led by a group calling itself Horseracing Wrongs, held a vigil Sunday for the two latest casualties.

"It is only a matter of time before it happens again,'' the group said in a statement. "RIP beautiful horses.''