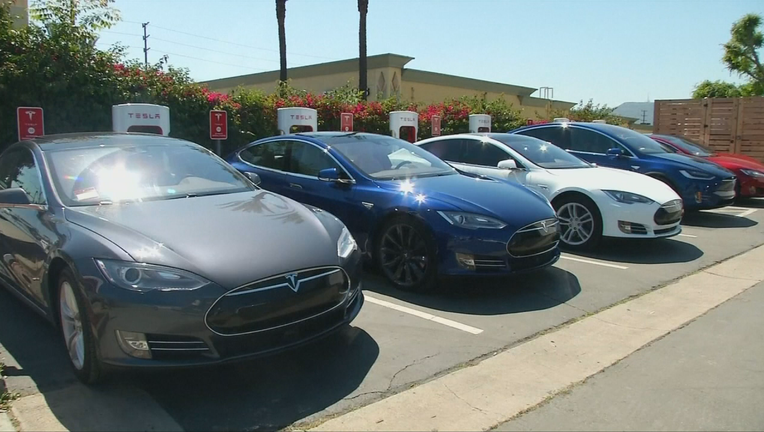 The National Highway Traffic Safety Administration says in documents that it's investigating failures in the 2012 through 2015 Tesla Model S.

Documents posted Wednesday say the agency has received 11 complaints about the screens over the past 13 months in vehicles that have been in use from 3.9 years to 6.3 years.

If the screens fail, the cars will lose the rear camera display, causing reduced visibility. No crashes or injuries have been reported.

Is Tesla’s stock going up in smoke? Elon Musk makes headlines after interview

Shares of electric car maker Tesla Inc. fell more than 6 percent early Friday after the CEO appeared to smoke marijuana during an interview and the company's accounting chief left after a month on the job.

A message was left early Wednesday seeking comment from Tesla.

The probe covers 63,000 Model S vehicles with screens controlled by flash memory devices with finite lifespans based on the number of program and erase cycles, the documents said. The screens can fail prematurely because the memory can wear out.

Failures also cause loss of touch screen features such as infotainment, navigation and web browsing. If the screens fail, heating and air conditioning controls also will default to an auto mode, and limits on battery charging current can be affected, according to the documents. Failure doesn’t affect braking, steering, speed control or other control systems, NHTSA said.

Any failures are likely to happen after performance degrades progressively including frequent screen resets and intermittent loss of cellular connections, the agency said.

Investigators will determine how often the failures occur and the safety consequences. Depending on the outcome, Tesla could be forced to recall the vehicles.