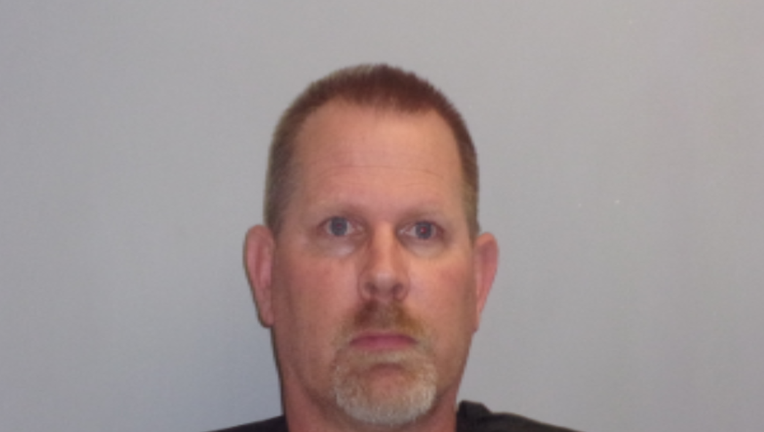 TUCSON, Ariz. (AP) - A U.S. Border Patrol agent, who police say barricaded himself in a church for four hours, is facing charges on suspicion of sexually abusing multiple children over several years.

Police in Sierra Vista said Friday that authorities arrested Dana Thornhill Thursday night following an armed standoff at a church in nearby Huachuca City, according to a press release.

Sierra Vista Police Lt. Sean Brownson said officers, working jointly with U.S. Homeland Security Investigations, had been surveilling Thornhill for some time and suspected that he was involved in the “continuous” abuse of multiple children in Sierra Vista.

He declined to go into details of the case. But, he added that investigators moved in to arrest Thornhill, 49, on Thursday because they determined that his behavior, coupled with his law enforcement training, presented a threat to the community.

“We felt strongly at this time that he should not be walking the streets based on what types of crimes he had committed, the sexual assaults on children, and then the fact that they were continuous over multiple years,” Brownson said.

Sierra Vista also police declined to release information about the ages or the number of victims, citing the sensitive nature of the investigation.

Brownson said the border agent had grown suspicious that law enforcement was investigating him.

“It became pretty apparent that he was aware that law enforcement was watching him, and he was concerned that he was going to get arrested,” he said.

On Thursday afternoon, Thornhill fled the Sierra Vista city limits and barricaded himself in the church, armed with a .40-caliber semiautomatic handgun. Brownson said Thornhill had a prior affiliation with the church and had access to the property.

Investigators also recovered his disassembled handgun, ammunition, as well as his Border Patrol credential from inside the church, Brownson said.

Police also executed a search warrant at Thornhill’s Sierra Vista home on Thursday, where they found additional evidence linking him to the crimes.

“I can’t comment on what that is right now, but there’s corroborating evidence that he was involved in this type of activity,” Brownson said.

Officers booked Thornhill into the Cochise County jail on Thursday. Sheriff Mark Dannels declined to comment on the investigation. But he told The Arizona Republic that Thornhill was arraigned on Friday morning and is being held in jail without bond.

Thornhill faces two counts of sexual conduct with a minor, and two charges of sexual assault. Those felony charges can carry sentences of up to life in prison, under Arizona law.

It was not known if he had an attorney.

Border Patrol’s Tucson Sector, which has jurisdiction over Cochise County, said it’s taking the allegations against the agent seriously. Customs and Border Protection’s Office of Professional Responsibility, the agency’s watchdog office, is working with investigators, they added.

“CBP does not tolerate corruption or abuse within our ranks, and we cooperate fully with all criminal or administrative investigations of alleged misconduct by any of our personnel, whether it occurs on or off duty,” the Tucson Sector’s statement read.

The Tucson Sector promised to be transparent in releasing information about the investigation. However, it declined to release details about Thornhill’s employment with Border Patrol, including his length of time with the agency or where he was stationed.

Brownson said the .40-caliber semiautomatic pistol they recovered “is not uncommon” to law enforcement, but couldn’t tell if it was issued to him as a border agent.