The U.S. and China have reached a trade deal agreement in principle, which was awaiting President Donald Trump’s sign off on Thursday, according to reports.

WASHINGTON - The U.S. and China have reached a trade deal agreement in principle, which was awaiting President Donald Trump’s sign off on Thursday, according to reports.

The two nations have completed phase one of a trade deal, a source confirmed to FOX Business. Details of the deal are still being fine-tuned.

“The deal is essentially done. The mechanics of how you execute it and how you get it signed still have to be worked out,” a person familiar with the administration’s internal deliberations told the Washington Post. The source requested anonymity because they were not authorized to speak to the press, the Post said. 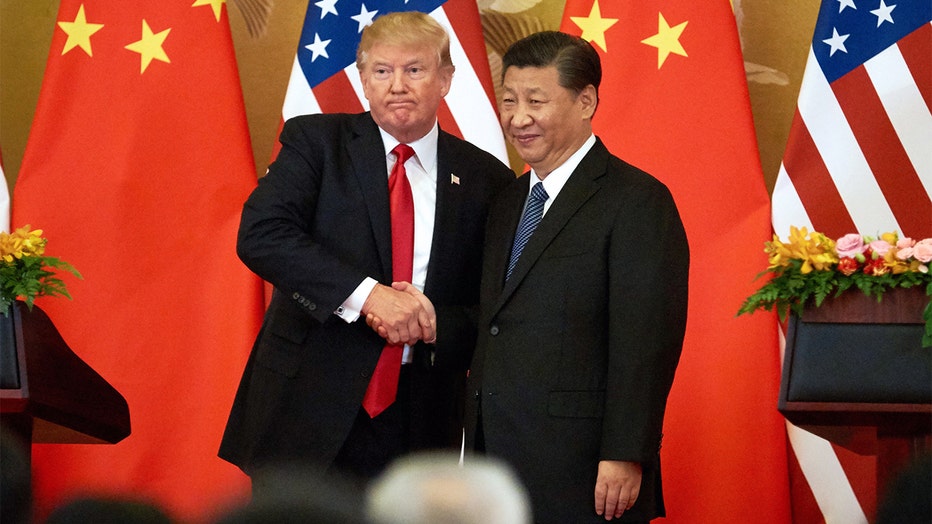 FILE: US President Donald Trump (L) and China's President Xi Jinping shake hands at a press conference following their meeting at the Great Hall of the People in Beijing. Artyom Ivanov/TASS (Photo by Artyom IvanovTASS via Getty Images)

Reports that a deal was “imminent” surfaced during the final hour of trading, giving the S&P 500 and Nasdaq a lift to all-time closing highs, while the Dow Jones Industrial Average was just shy.

Robert E. Lighthizer, the president’s chief trade negotiator, and Chinese Ambassador to the U.S. Cui Tiankai could sign the document as soon as tomorrow, the report said. But as an alternative, Lighthizer and Treasury Secretary Steven Mnuchin could also travel to Beijing for the signing.

“That is excellent news. It puts a floor under the deterioration in the relationship,” Craig Allen, president of the U.S.-China Business Council, told the paper.

Earlier on Thursday President Trump hinted, in a tweet, that the two nations were "Getting VERY close to a BIG DEAL with China..."

FOXBusiness.com contributed to this report.