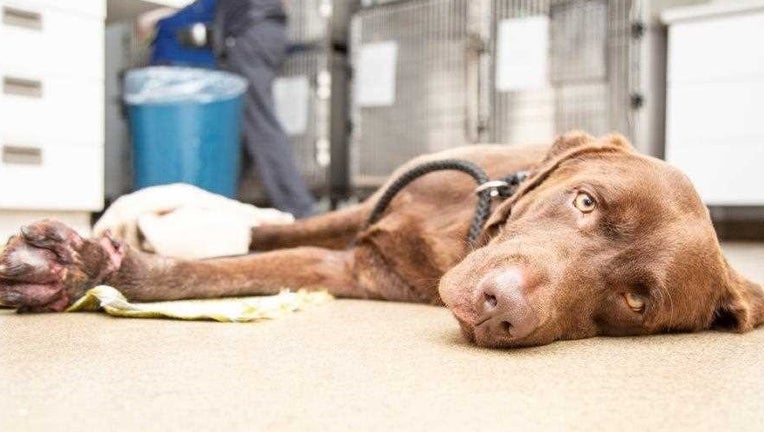 MESA, Ariz. - Investigators are searching for information about an injured Labrador Retriever that was found abandoned near Beeline Highway and McDowell Road.

The dog was found on Friday and taken to the Arizona Humane Society, but was later euthanized "due to the nature of the injuries," according to a Silent Witness report.

The dog had no microchip or collar, and the blood circulation in its front paws had been cut off for "an extended period" of time.

If anyone has any information about this animal cruelty case, investigators ask that people call Silent Witness at 480-WITNESS or 480-948-6377.