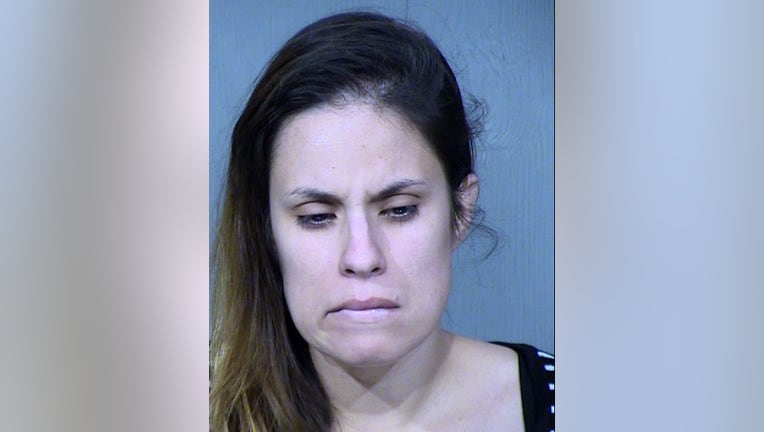 PHOENIX - An Arizona mother is suspected of driving under the influence with her 6-year-old and 1-year-old children in the car.

While officers were conducting traffic control near 35th and Dunlap avenues on January 26 at 7:55 p.m., they closed lanes due to a crash and lit flares. They observed a van heading northbound towards the closed roads and an officer warned the driver with their flashlight to stop.

Police say the female driver, identified as Kathryn Ermynda Barretto, 31, then made a u-turn and began to slowly drive southbound. A short time later, she approached an officer as she exited her vehicle, asked for water and who he was. She walked back to her car and tried to accelerate, but police say the vehicle was still in park and didn't move.

"The officer saw the vehicle was in park and reached into the driver side door and removed the keys from the ignition. The female then became upset and swung a closed fist at the officer, striking him on his left forearm once," stated police in their report.

At that point, police say the officer pulled Barretto out of the vehicle and handcuffed her. She was placed in the back of a patrol vehicle, where officers say she began kicking the doors and causing damage.

Court paperwork states that Barretto "said she was from Peoria and had nothing better to do so she was driving around."

Officers say the 6-year-old was not in a child seat.