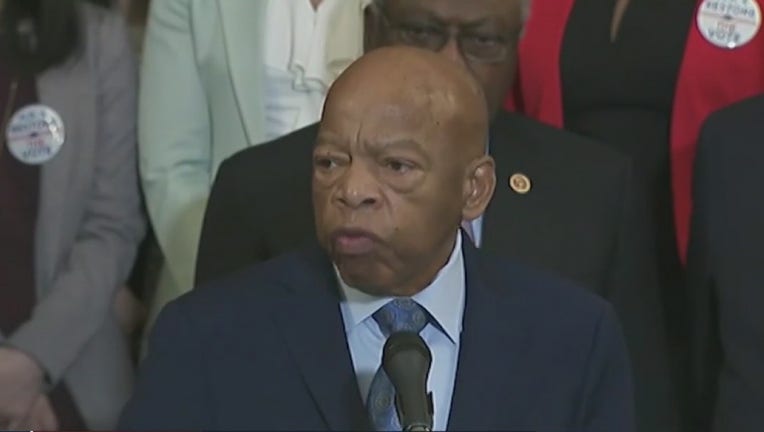 The impact Rep. Lewis left on civil rights leaders and activists can be felt across the country, and on July 25, FOX 10 spoke with a Valley pastor who striving for police reform who gave a lot of credit to Rep. Lewis.

Pastor 'looks up to Rep. Lewis'

"You could always count on him to be the same John Lewis, no matter the decade, fighting for what's right," said Pastor Andre Miller with New Beginnings Church in Mesa. "I grew up in an era where my grandfather's cousin was the first black mayor of the city of Detroit, and so I spent time with people like Rosa Parks and other civil rights figures, and so John Lewis was a towering figure, even in the City of Detroit."

Rep. Lewis also preached in his younger days, and Pastor Miller shares the same passion, as he fights for police reform.

"He was born to serve, so he's just one of the many great examples as I have as a pastor, as a black man in America, serving to make the world better for everyone," said Pastor Miller.

Pastor Miller is working with the Arizona Police Association to implement policy improvements. He says peaceful protests provide a voice but real action is needed, taking note of Lewis' legacy

"We actually have to have some concrete things being done, like John Lewis would have done," said Pastor Miller. "Not only do we have a conversation, but we also have action behind those conversations."