Police are investigating after someone defaced the mural, altering it to say, “All Lives Matter” instead of “Black Lives Matter.”

OAK PARK - A rally was held in the near west suburbs after vandals struck a Black Lives Matter mural.

As police investigate, the crime has stoked more support for the movement in Oak Park.

A crowd gathered on Skoville Avenue Wednesday to support the big, bold statement running under their feet -- “Black Lives Matter” -- after someone tried to erase the message.

“It makes me want to cry that this is the kind of world we live in right now,” said Aretha James.

Overnight into Wednesday, someone defaced the mural, altering it to say, “All Lives Matter” instead of “Black Lives Matter.” 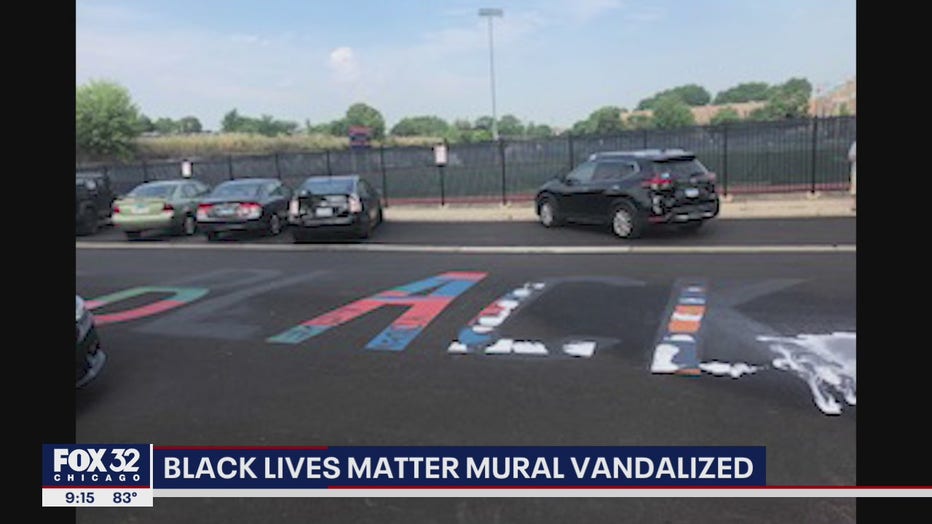 Later in the day, crews were busy doing their best to restore the mural to show its original message.

The artists who created the mural returned to find the paint a bit scuffed, but their message still clear.

“The movement lives within us. You can paint over it, you can drive over it, but once this mural dries, our movement still goes on,” said mural artist Kasani Cannon.

The suburban mural is only two weeks old, painted here to show Oak Park’s support for the growing movement.

But the artists weren't surprised at all to see it defaced.

“Not shocking at all to see there are people who thought they were entitled enough to paint over what we've done here,” said mural artist Zaria Gilmore.

“It's unfortunate, but I think it's good we get to see in my opinion the true colors of Oak Park,” Cannon said.

Oak Park officials put out a statement expressing sadness and disappointment, and the artists say this just proves the need for more people to hear this message.

“We should care about it just as much that the injustice in our society is harming Black and Brown communities,” said mural artist Jenn Eisner.