A horrifying attempted abduction was caught on camera in Queens on Friday.

NEW YORK - Police say they have arrested one of the two suspects caught on camera Friday attempting to kidnap a child as he walked with his mother and other children along a street in Queens.

The horrifying incident happened on Thursday at 8 p.m. in front of 117-02 Hillside Avenue in Richmond Hill. Video shows the driver of a vehicle park the car, run to the sidewalk, and grabbed 5-year-old Jacob Diaz, as his mother Dolores and the other children attempted to stop him. The suspect shoved the five-year-old into the car's backseat.

"I was scared, I got nervous and screamed," Dolores Diaz told FOX 5 NY. "In that moment I wasn’t in shock or nervous I just acted."

Diaz and one of the children followed the victim and the suspect in an attempt to reach the boy. According to Diaz, the two suspects in the car began arguing, which was when Jacob pulled himself up and headed towards the front passenger window, which was open.

"I fought, they say you fight tooth and nail for your children and that’s what I did," said Diaz.

The NYPD released this shocking video of the attempted kidnapping of a child in Queens. The child's mother and other children helped save the victim.

The shocking video shows the moment Diaz pulled her son out of the car.

As the older model, maroon 4-door sedan peeled away, three men approached the car in the street trying to stop the driver. The vehicle sped off southbound on Hillside Avenue and then westbound on Jamaica Avenue.  One of the men appeared to knock off the vehicle's side-view mirror.

The NYPD has identified the arrested suspect as James McGonagle, 24, of Queens. He has been charged with attempted kidnapping, reckless endangerment, and acting in a manner injurious to a child under 17.

Authorities are still searching for the second suspect, who they describe as a light-skinned male, 50 to 60 years old, with eyeglasses; last seen wearing an orange shirt, blue jeans and black shoes. 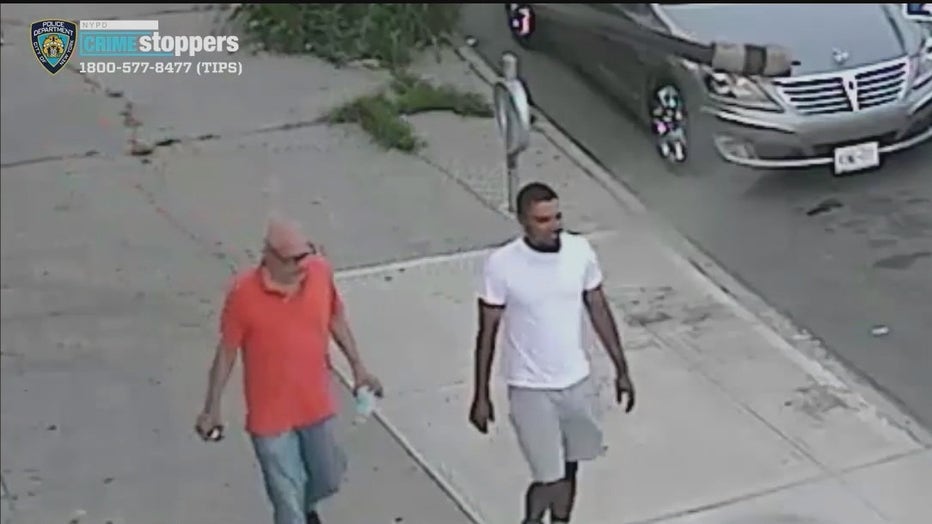 Anyone with information in regard to this incident is asked to call the NYPD's Crime Stoppers Hotline at 1-800-577-TIPS (8477). The public can also submit their tips by logging onto the CrimeStoppers website at WWW.NYPDCRIMESTOPPERS.COM  or on Twitter @NYPDTips. 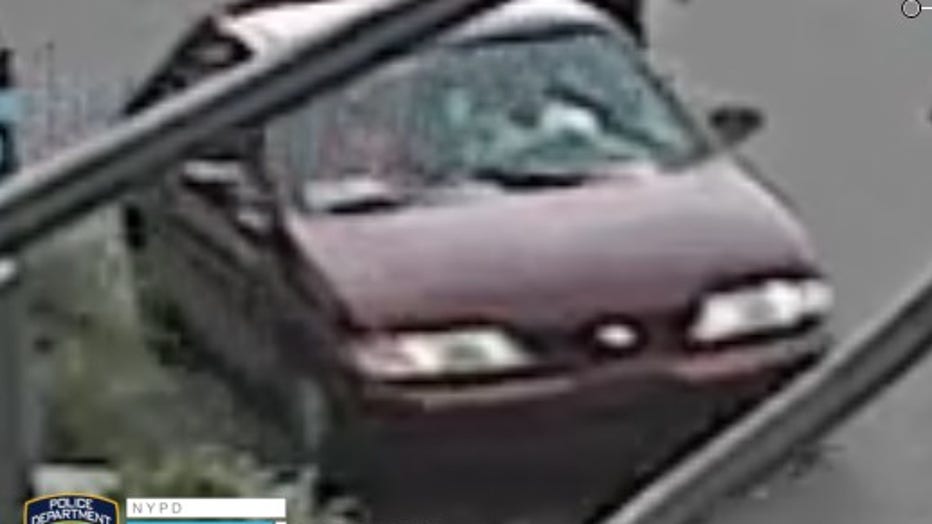 A late model, four-door sedan was used in the attempted kidnapping of a boy in Richmond Hill, Queens. (NYPD)