Rising temperatures and windy conditions are expected through the weekend with high temps near 105 to 108.

A persistent heat wave is expected to grip much of the northern U.S. through the weekend, bringing triple-digit temperatures and potentially dangerous weather conditions.

Temperatures in parts of central California spiked to more than 100 degrees in the days following Memorial Day and Excessive Heat Warnings and Watches and Heat Advisories were issued in the state by the National Weather Service (NWS).

Spokane, Wash., officials said that they would reopen the city's 17 "splash pads" to help kids beat the heat.

To the south, Las Vegas temperatures were also predicted to either tie or break previous record highs.

Nevada's city of Laughlin opened two centers for tourists off the Colorado River; temperatures there could reach as high as 112 degrees Fahrenheit. 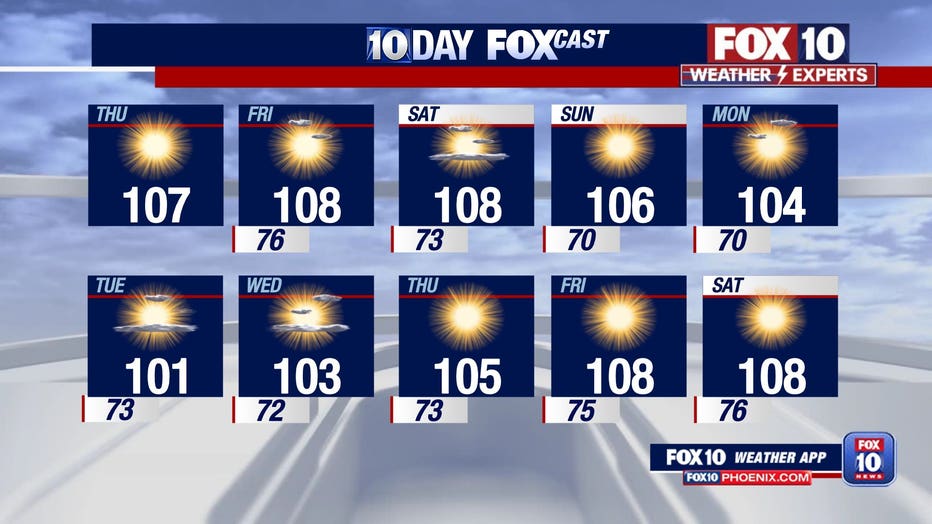 Temperatures in Arizona also spiked, with the state's capital of Phoenix hitting 105 degrees for the first time this year.

The NWS warned Thursday that the West would have to endure a few more days before the heat shifts into the northern-tier states.

However, the agency noted that a strong upper-level ridge responsible for blistering conditions would weaken and move into the Northern Plains and Upper Midwest.

Cooler temperatures from a cold front will sweep the Pacific Northwest by the weekend, and the frontal boundary could lead to scattered thunderstorms throughout the Northwest Great Basin and northern High Plains.

Nevertheless, fire officials have reminded residents to be wary of heat-related illness and keep hydrated.