A University of Pittsburgh study suggests a link between traumatic events, such a sexual assault, and brain damage.

LOS ANGELES - On Wednesday and during Sexual Assault Awareness Month, advocates will honor survivors of sexual violence through a movement called Denim Day.

April 27, 2022 marks the 24th celebration of Denim Day in the United States, but what is Denim Day, how did the initiative start, and what does it have to do with jeans?

Denim Day is a campaign on a Wednesday in April in honor of Sexual Assault Awareness Month.

According to DenimDayInfo.org, the campaign began after a ruling in 1992 by the Italian Supreme Court, where a rape conviction was overturned because the justices felt that since the 18-year-old victim was wearing tight jeans she must have helped the person who raped her remove her jeans, thereby implying consent.

The victim was raped by her 45-year-old driving instructor who was taking her to her first driving lesson. He took her to an isolated road, pulled her out of the car, removed her jeans and raped her. 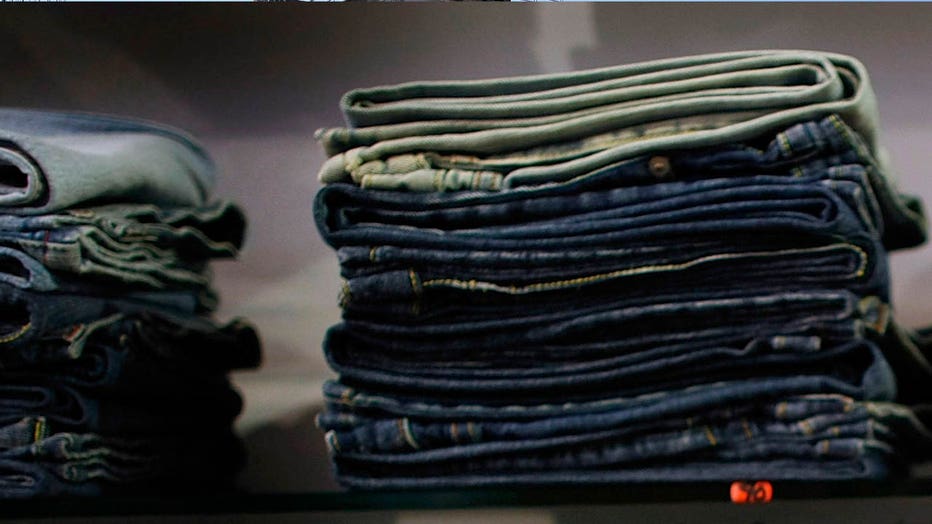 At the time, the female reported the rape, and the man was arrested, convicted of rape and sentenced to jail. Years later, he appealed the conviction claiming consensual sex. This is when the Italian Supreme Court overturned the conviction.

The following day after the conviction, women in the Italian Parliament launched a protest and came to work wearing jeans in solidarity with the victim.

The Denim Day campaign was developed by Peace Over Violence in Los Angeles, an organization that brings awareness to "victim-blaming and destructive myths that surround sexual violence."

The organization started the campaign in response to the case and the activism surrounding it. Since then, it has become the longest-running sexual violence prevention and education campaign in history, according to the nonprofit group.

The first Denim Day event was held in April of 1999 and has continued annually since.

The Denim Day movement asks community members, officials, businesses and students to make a social statement by wearing jeans on April 27 to spread awareness and protest the misconceptions that surround sexual violence.

"Whether you choose to rock a button, t-shirt, or stickers you are supporting on-the-ground sexual violence prevention efforts," Peace Over Violence wrote. You can buy Denim Day merchandise here.

Under the new rules, the definition of sexual harassment is narrowed to include only misconduct that is "so severe, pervasive, and objectively offensive."

The advocacy group also said the community can get involved online and on social media platforms to spread awareness using the hashtag #DenimDay. Download the Denim Day logo and banner for social media and get sample tweets that you can post here.

According to the National Sexual Violence Resource Center, one in five women in the U.S. has experienced completed or attempted rape during their lifetime. And, nationwide, 81% of women and 43% of men reported experiencing some form of sexual harassment and/or assault in their lifetime.

One in three female victims of completed or attempted rape experienced it for the first time between the ages of 11 and 17, NSVRC continued, but only about 25% of rapes and sexual assaults were reported to police in 2018.