BERLIN - The World Health Organization says the number of COVID-19 cases recorded worldwide increased by 11% last week compared with the previous week, with the biggest increase in the Americas. The gain followed a gradual increase since October.

The U.N. health agency said in its weekly epidemiological report released late Tuesday that there were nearly 4.99 million newly reported cases around the world from Dec. 20-26.

Europe accounted for more than half the total, with 2.84 million, though that amounted to only a 3% increase over the previous week. It also had the highest infection rate of any region, with 304.6 new cases per 100,000 residents. 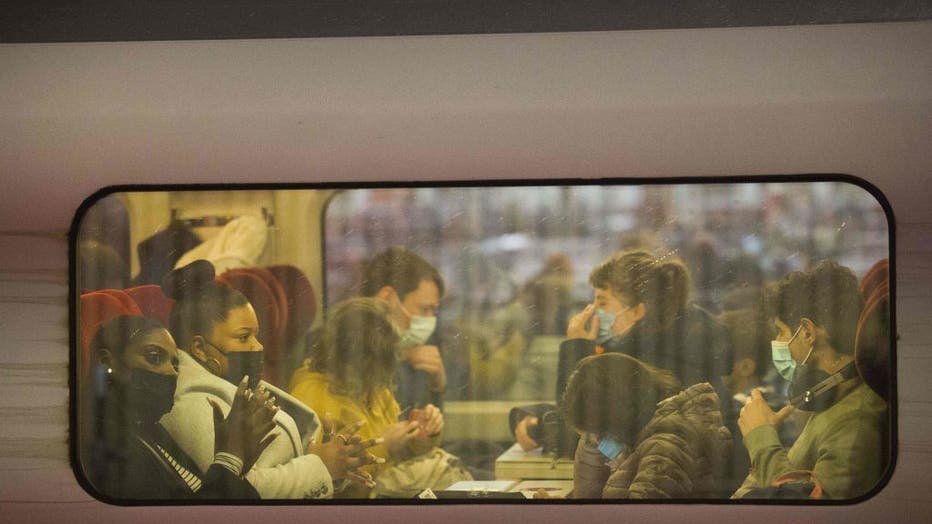 FILE - Travelers sit in a train from Rotterdam Central to Antwerp in Rotterdam, Netherlands, on Dec. 29, 2021. (Photo by ARIE KIEVIT/ANP/AFP via Getty Images)

The agency said that "the overall risk related to the new variant … omicron remains very high." It cited "consistent evidence" that it has a growth advantage over the delta variant, which remains dominant in parts of the world.

It noted that a decline in case incidence has been seen in South Africa, and that early data from that country, the U.K. and Denmark suggest a reduced risk of hospitalization with omicron. But it said that more data is needed "to understand the clinical markers of severity including the use of oxygen, mechanical ventilation and death, and how severity may be impacted by vaccination and/or prior … infection."

WHO said that the number of newly reported deaths worldwide last week was down 4% to 44,680.