Wisconsin's first case of orthopoxvirus, presumed to be monkeypox, has been identified in a Dane County resident, the state DHS confirmed.

DANE COUNTY, Wis. - Wisconsin's first case of orthopoxvirus, presumed to be monkeypox, has been identified in a Dane County resident, the state Department of Health Services confirmed Thursday, June 30.

"While it’s likely that additional cases will be found among Wisconsinites, we are relieved that this disease does not spread easily from person to person," said Dr. Ryan Westergaard, DHS chief medical officer and state epidemiologist. "We want the public to know that the risk of widespread transmission remains low."

As the rare monkeypox pops up in more and more places, state health officials want to spread the word.

"What we’re seeing now is transmission aided by international travel among other things," Westergaard said. "It doesn’t cause severe disease, and it’s not terribly transmissible, but it is a big deal that we make people aware because we don’t want to miss any cases." 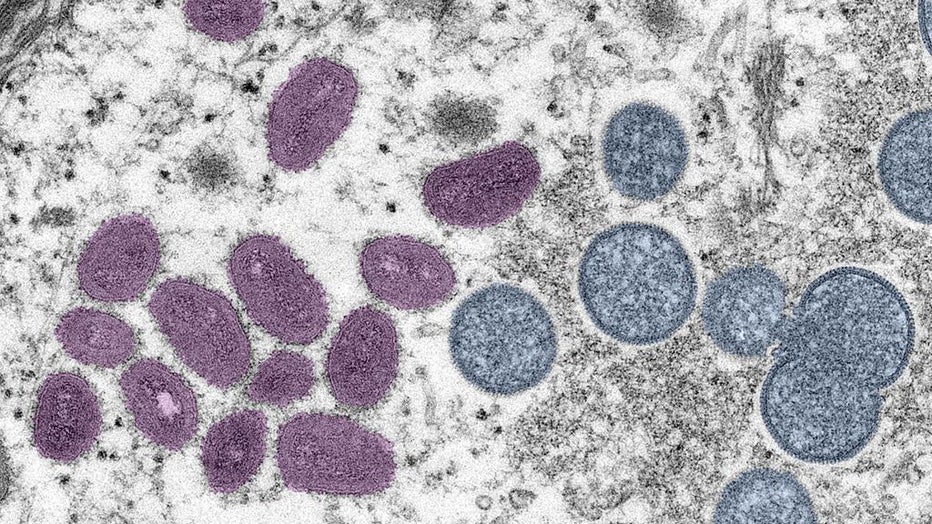 According to the U.S. Centers for Disease Control and Prevention, there are more than 450 monkeypox cases around the country. Westergaard said it mostly spreads from skin-to-skin contact.

"In this current outbreak, globally, it turns out that it has been transmitted through sexual or other intimate contact more commonly than we anticipated it would," said Westergaard.

"If people have symptoms that resemble other STDs, like herpes for example, and they potentially traveled to a place where they also heard that monkeypox has been diagnosed, that would be a signal to get tested," Westergaard said.

Wisconsin health officials speak after identifying the first case of monkeypox in a resident of Dane County.

While Westergaard says it is important to slow the spread of monkeypox, he is not expecting another pandemic.

"You don’t want it for sure, but it’s not something that should cause undue alarm for the general public," he said. "I would say we’re much better prepared, and we have the advantage of knowing more about this virus and already having vaccines we believe are effective."

Westergaard said a theory on why more cases of the rare disease are being seen is that it's similar to smallpox – which was eradicated and is no longer vaccinated against.

Officials say monkeypox is a rare but potentially serious disease caused by the monkeypox virus. It is typically characterized by:

Most people with monkeypox recover in two to four weeks without needing treatment. However, vaccinations and antiviral medications can be used to prevent and treat monkeypox.

People who had known exposure to someone with monkeypox should talk with a doctor or nurse to learn if they are eligible to receive a vaccine. This includes people who were specifically identified as someone who had close or intimate in-person contact with someone with the characteristic monkeypox rash or someone with a probable or confirmed monkeypox diagnosis.

Monkeypox does not spread easily from person to person, the DHS said. The virus is transmitted through respiratory droplets, sustained skin-to-skin contact, and contact with items that have been contaminated with the fluids or sores of a person with monkeypox. Anyone can develop and spread this disease after being exposed to the virus.

To prevent the spread of monkeypox, the Wisconsin DHS encourages all residents to:

The DHS Outbreaks in Wisconsin webpage will be updated with the latest case counts of monkeypox.