LITCHFIELD PARK, Ariz. - A Valley mother was arrested after police say she repeatedly hit her young adopted daughter at a Litchfield Park restaurant.

According to court documents, 42-year-old Stephanie Kane was arrested on Sept. 18 after deputies with the Maricopa County Sheriff's Office responded to reports of an assault at the Tailgaters Bar and Grill, located near Dysart and Camelback Roads.

When deputies arrived at the scene, Kane claimed that her daughter "was acting up" while at the restaurant. Kane told deputies she hit her daughter's arm once before her daughter punched her in the face and dragged her by her hair.

Kane claimed patrons at the restaurant helped get her daughter off of her.

Investigators say surveillance video from the restaurant showed Kane slapping her daughter on the arm. Kane's daughter then swung her arms in the air, hitting her mother in the face.

Kane then grabbed her daughter's left arm while hitting the back of the young girl's head twice.

Kane and her daughter then allegedly wrestled to the ground before Kane got on top of her daughter and continuously hit her. 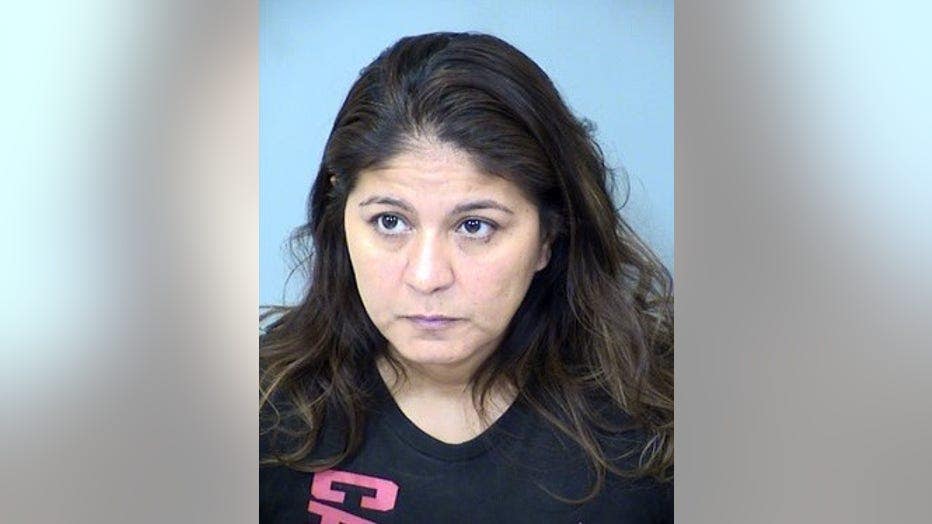 The young girl was eventually able to free herself and run out of the restaurant. She was later taken to a hospital for evaluation.

Several patrons at the restaurant tried to intervene.

"Stephanie told one of the patrons to get out of her way and when he didn't because he feared for the safety of the child, she swung at him," a portion of the court documents read.

Kane then allegedly punched a waitress who intervened.

Kane was arrested and is accused of child abuse and assault.