For the woman, what was a fun day at the lake quickly took a dramatic turn.

LAKE PLEASANT, Ariz. - A Scottsdale woman who was there during the tragic accident at Lake Pleasant's Scorpion Bay over the weekend is sharing her story.

In a news conference held on July 13, officials with the Maricopa County Sheriff's Office, who has taken over the ongoing investigation, say two brothers and their wives were at the Lake Pleasant area when the incident occurred at around 6:30 p.m. on July 12, when a man, identified as 53-year-old Timothy Miller, jumped into the water for unknown reasons, where he experienced what MCSO officials described as "some type of electrical current inside the water."

MCSO officials said Timothy went underwater, and bystanders were later able to pull out Michael and one of the wives of the victims. Michael was taken to the hospital, where he later passed away. Timothy's remains were found during the early morning hours of July 13 by members of the dive team. 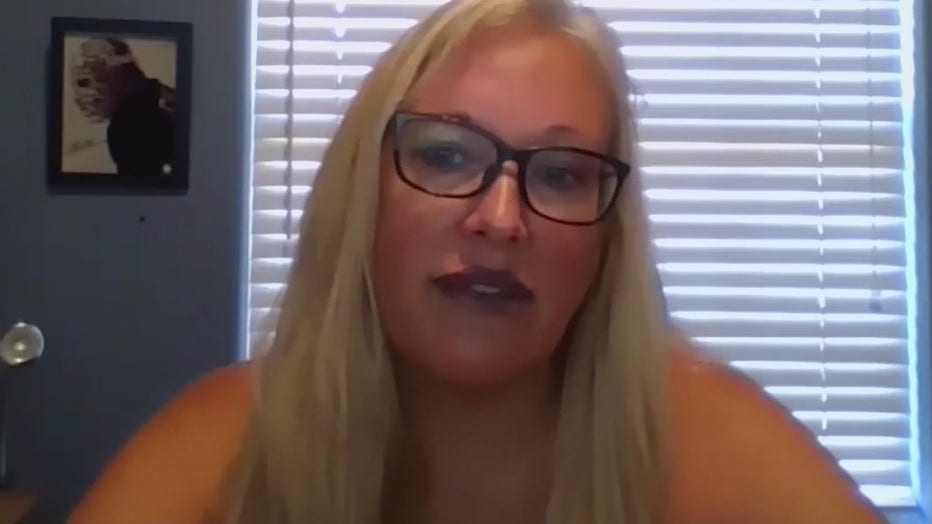 It was a traumatic event for so many people that day, but while this may be a freak accident Sheila Cuffari-Agasi, who was there, wants to warn people about the dangers of going out on the water.

"We have to be aware 24/7 of what is happening, who is around," said Cuffari-Agasi.

Cuffari-Agasi says she pulled one of the brothers, who had been electrocuted, out of the water.

"We heard screaming, and at first I thought it was someone goofing around," said Cuffari-Agasi.

Cuffari-Agasi and her family had just pulled their boats in to a dock when the realized something more serious was happening.

"I saw a man who was lifeless, it appeared," said Cuffari-Agasi.

Cuffari-Agasi and two others pulled Michael out of the water, and laid him on the boat. Afterwards, Cuffari-Agasilost her footing and fell in as well. Somehow, she wasn’t electrocuted like the others.

"The water was still charged when I hit the water," said Cuffari-Agasi. "I am putting myself in a category of being so lucky, thanking God everyday."

Cuffari-Agasi says the entire experience was emotional and tragic for her and many involved.

"Things can go from really fun to really tragic in such a short period of time," said Cuffari-Agasi.

Meanwhile, the attorney of the Miller family is conducting their own investigation to determine exactly what happened.