DPS: Wrong-way driver on I-17 showed signs of impairment

Arizona Department of Public Safety officials say troopers were alerted by detection sensors about 2 a.m. Sunday that a driver was traveling southbound in the northbound lanes of I-17.

PHOENIX - Authorities say a man suspected of driving impaired has been arrested for going the wrong-way on Interstate 17 in Phoenix over the weekend.

Arizona Department of Public Safety officials say troopers were alerted by detection sensors about 2 a.m. Sunday that a driver entered I-17 southbound from the northbound McDowell Road off-ramp.

They say the driver eventually corrected the vehicle's direction of travel.

"A DPS sergeant initiated a traffic stop on the vehicle but the driver failed to yield. Additional troopers started a traffic break and the Sergeant performed a Pursuit Intervention Technique, also known as PIT, on the vehicle. After the PIT, the driver attempted to leave. The same sergeant turned his patrol car around and rammed the vehicle, pinning it against the wall," stated officials in a Facebook post.

Troopers say signs of impairment were noticed while they attempted to stop the vehicle.

DPS officials say the man was processed and booked for aggravated DUI and criminal damage. His name and age haven't yet been released. 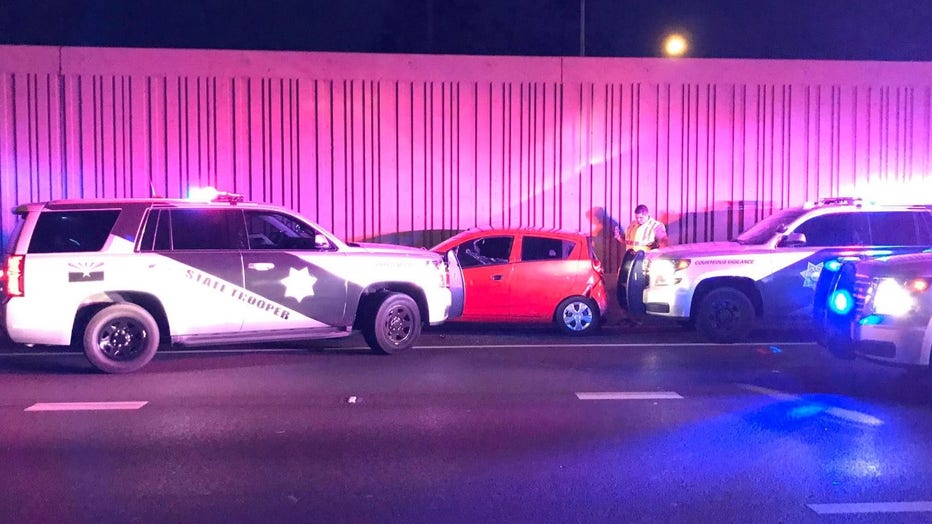 Photo courtesy of the Department of Public Safety