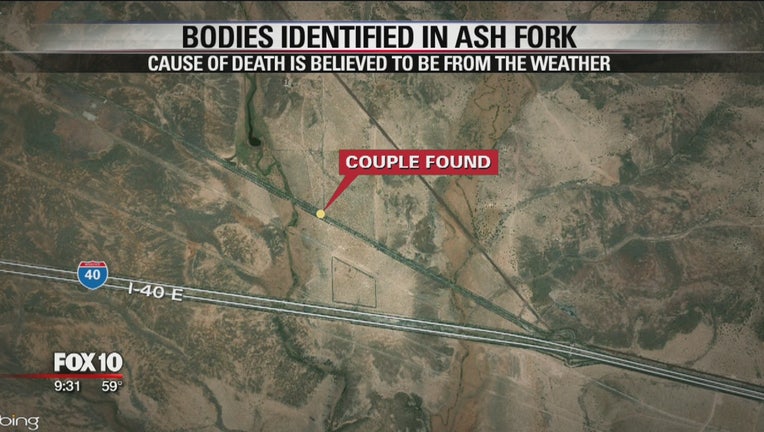 ASH FORK, Ariz. - Arizona authorities say exposure is suspected in the deaths of a married couple whose bodies were found in the snow along a road near a rural Arizona home.

The medical examiner will determine the cause of death of 74-year-old Richard Alexander and 79-year-old Elizabeth Alexander who were found Friday near the small community of Ash Fork.

The office said it's possible snow kept the bodies from view for an unknown period of time.

A meteorologist with the National Weather Service says the area likely received about 12 inches of snow during a storm that hit the region at the end of November.