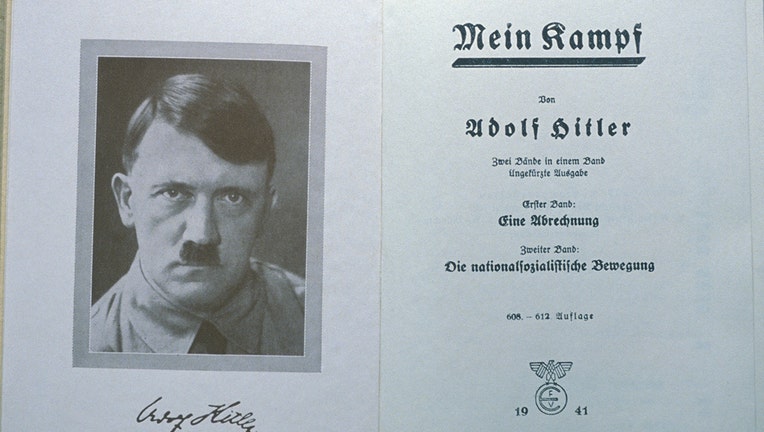 CAMBRIDGE, N.Y. - A New York high school is recalling copies of its yearbook because a graduating senior listed Adolf Hitler's autobiography as his favorite book within its pages.

Cambridge Junior-Senior High School stopped distributing the yearbook two days after it had started when it came to their attention that a student had cited "Mein Kampf" as his favorite book, the Times Union reported Wednesday.

The newspaper is not naming the student, but sent a message on Facebook to the likely profile of the student to ask if he or his parents would comment.

The book published in 1925 outlines the tenets of Nazism. Less than 10 years later, Hitler's National Socialist party won enough votes for him to be sworn in as German chancellor. Some 6 million Jewish people died under systematic persecution by the Nazis along with political opponents, queer people and people from other marginalized groups.

He did not provide information about how the student's selection had not been caught as the yearbook was edited, but promised that the editing process would be improved going forward.

An Albany rabbi told the newspaper it was important to find out why the student chose to highlight the antisemitic work.

"It is very disheartening, especially given the heightened sensitivity we’ve been experiencing with racism and antisemitism and violence during the past year," Rabbi Scott L. Shpeen said. "It certainly indicates we have a lot more work to do."

Asked if the student had been disciplined, Silvernell said the school was consulting with its legal counsel.

The school is asking students to return the about 40 copies of the yearbook already distributed. In all, it cost more than $10,000 to print 145 copies. Silvernell said the school has asked the yearbook company to work with them to find a remedy.

Cambridge is located northeast of Albany, near the state's border with Vermont.