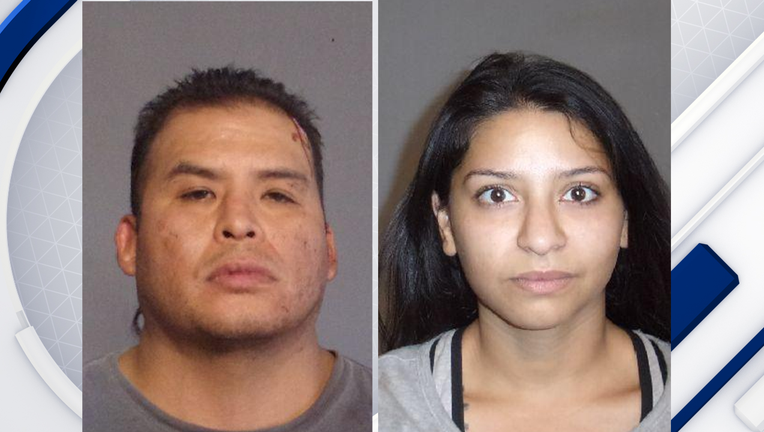 YUMA, Ariz. - A couple accused of intentionally coughing on employees at a Walmart store in Yuma and then trying to flee have been arrested, police said.

Employees told police that Frank Montoya and Victoria Parra Carranza refused to wear masks in the store when asked Wednesday and then deliberately coughed on them.

According to a statement released on July 8, officers were called out to the Walmart at around 10:51 a.m. on the same day for a disorderly conduct call. The suspects, police officials say, allegedly refused to wear masks inside the store, and were coughing on employees.

Store officials called police in light of the coronavirus pandemic that has made Arizona a national hot spot for cases.

Officials said when police arrived, one of the officers tried to make contact with Montoya and Parra Carranza.

It was unclear if either Montoya, 38, or Parra Carranza, 23, have been tested for COVID-19.

When police arrived at the scene, they said the couple refused to cooperate and became confrontational.