The schools announced the agreement on July 18. The first meeting comes in November 2023 with the Wildcats visiting the Blue Devils’ famously hostile Cameron Indoor Stadium. Duke travels west to Tucson the following November.

In statements, new Duke coach Jon Scheyer and Arizona coach Tommy Lloyd — named The Associated Press men’s college basketball national coach of the year in April after his debut season — said their teams will benefit from the marquee non-conference matchups.

The teams haven’t met since November 2013 and have played just nine times, including Duke’s win in the 2001 NCAA title game. The Wildcats lost their only trip to Cameron in February 1990, while the Blue Devils lost both trips to Arizona’s McKale Center in December 1987 and February 1991. 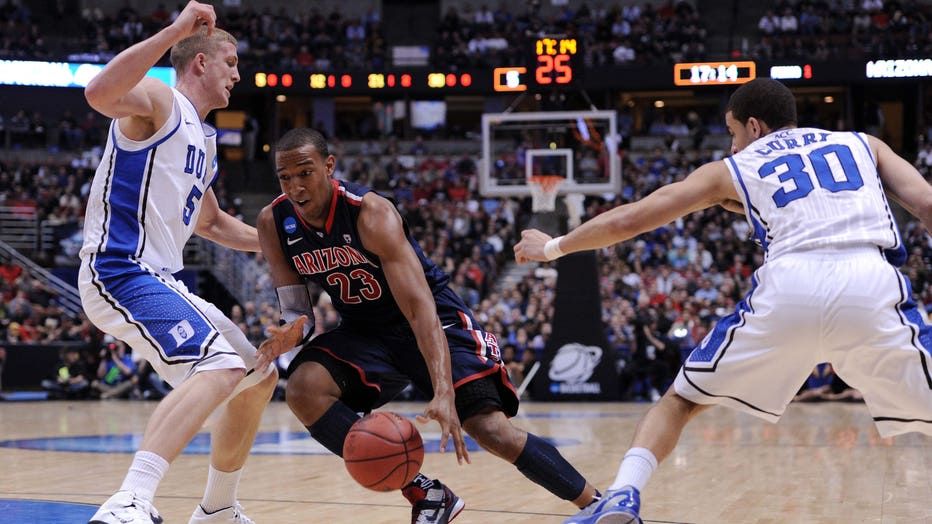 ANAHEIM, CA - MARCH 24: Derrick Williams #23 of the Arizona Wildcats handles the ball against Mason Plumlee #5 and Seth Curry #30 of the Duke Blue Devils during the west regional semifinal of the 2011 NCAA men's basketball tournament at the Honda Cen (Photo by Harry How/Getty Images)