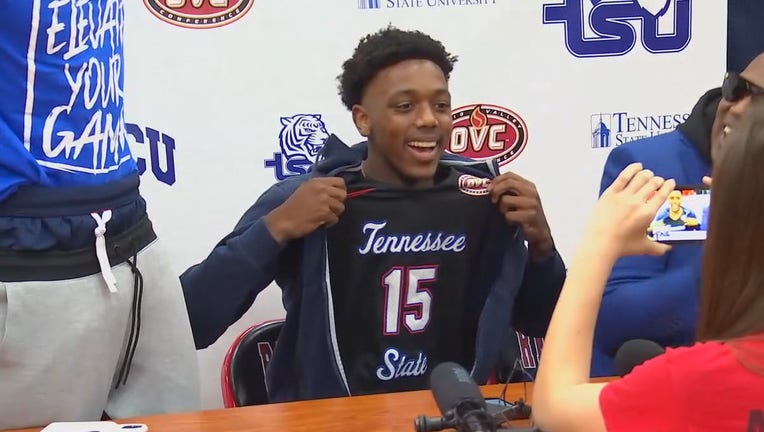 (FOX 9) - Former Minnehaha Academy basketball standout Hercy Miller, who is also the son of rapper and entrepreneur Master P, signed a $2 million deal with a tech company ahead of his freshman year at Tennessee State, according to a press release.

This comes following the NCAA decision to lift restrictions on payments to athletes while they are still in college. The ruling allows athletes to profit off of their name, image and likeness.

Miller will be the brand ambassador for Web Apps America technology company, which is focusing on highlighting future leaders from historically Black colleges and universities.

In a statement, Miller said he is proud to represent the company and called the endorsement deal a "blessing."

"I hope this endorsement will open up more opportunities for more NCAA student-athletes," his statement read.

Miller is not the only college athlete with Minnesota ties taking advantage of the new opportunity. Minnesota Gophers quarterback Tanner Morgan launched a Cameo page, offering videos to fans for $29.