Murray was in full pads for Saturday’s scrimmage in front of fans at State Farm Stadium. Coach Kliff Kingsbury said Murray had experienced some mild symptoms but was able to attend meetings virtually during the quarterback’s time away.

Kingsbury said Murray would be limited at Saturday’s practice but wanted to be on the field with his teammates.

It’s been an eventful camp for Murray, who signed a $230.5 million, five-year deal just before practices started. He then dealt with the fallout after a strange addendum was discovered in the deal, which called for four hours of "independent study" during game weeks.

Murray passionately defended his work ethic a few days later and the Cardinals eventually removed the addendum from the contract. 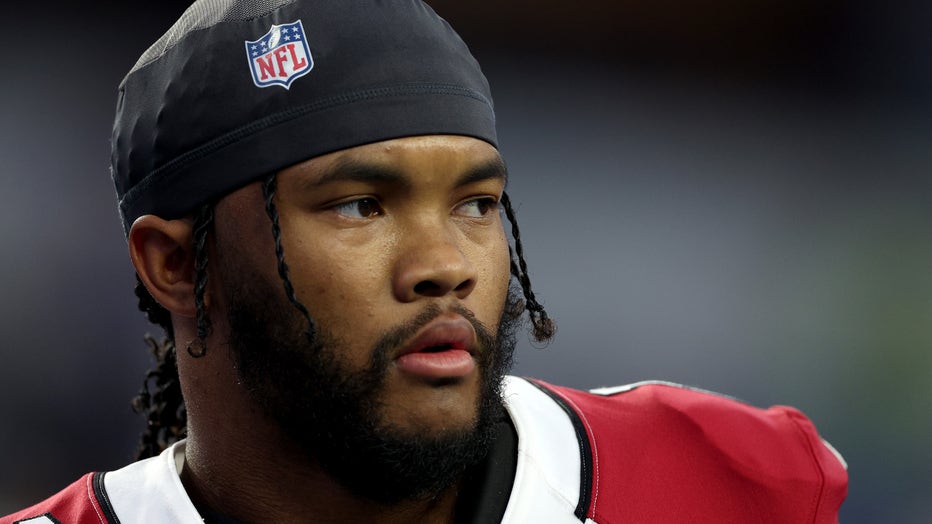 INGLEWOOD, CALIFORNIA - JANUARY 17: Kyler Murray #1 of the Arizona Cardinals looks on before the game against the Los Angeles Rams in the NFC Wild Card Playoff game at SoFi Stadium on January 17, 2022 in Inglewood, California. (Photo by Harry How/Get