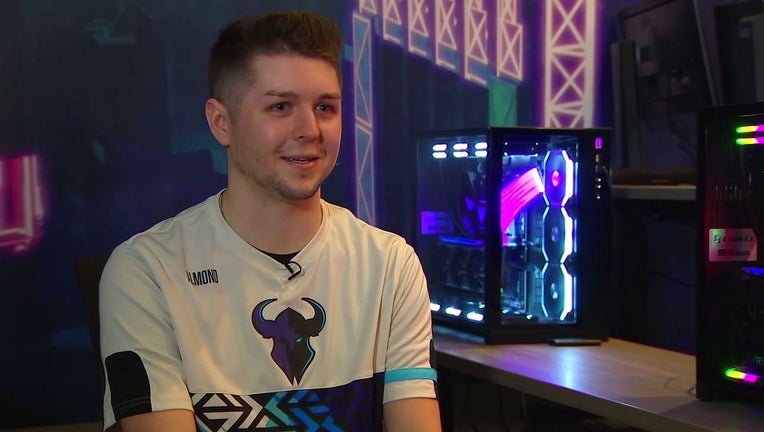 Twenty-two-year-old Ben Rosendahl from Nisswa, Minnesota has become one of the best Call of Duty streamers.

NISSWA, Minn. (FOX 9) - The small town of Nisswa, Minnesota is home to only about 2,000 people, but one of the locals is quickly gaining global popularity.

Meet "Almxnd." The video game streamer from Minnesota has quickly become one of the best Call of Duty Warzone players on the planet.

"I just was really good at the game basically and started making money from tournaments," explained Rosendahl.

"Ben aka Almxnd is one of the best Warzone players on the planet," said Ashley "MidNIte" Glassel.

It’s the type of payday that not even Rosendahl family fully comprehends. "They find it crazy. Because I’ll just be in my room all day, I’ll go upstairs and I’ll be like, ‘I just made $10,000’ and their jaw drops, they don’t really understand it."

His passion for gaming came early but Rosendahl didn’t become a sensation overnight. He recalls a time when only ten to 20 people were watching his stream but he kept working hard and eventually he was noticed by a former Minnesota ROKKR player and from there a career in gaming was born.

"He said hey there’s this beast Warzone kid, he lives in Minnesota, you guys should take a look at him," said Glassel.

"When they reached out to me, I didn’t even really know what to say, i was just on board right away," said Rosendahl.

Rosendahl has over 90,000 subscribers on Twitch and his notoriety continues to grow. At times, he shakes his head in disbelief at the world he is built for himself but in the Call of Duty world, Almxnd, is becoming a household name. "I never dreamed it would be at this stage and just have like even just like one person will recognize you, it’s weird, it’s crazy."