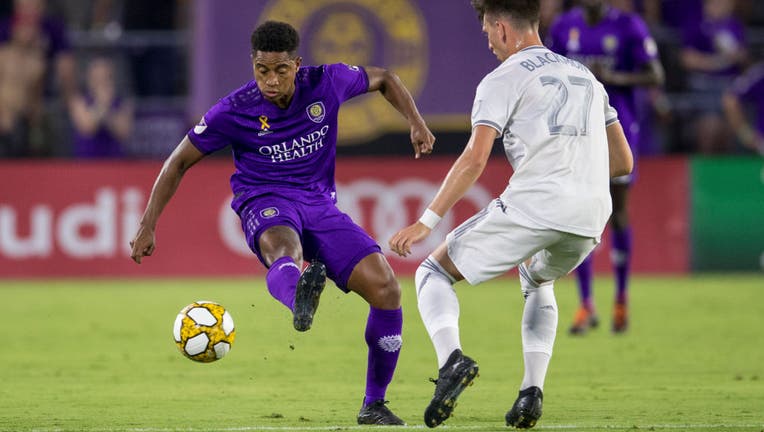 It’s time for the quarterfinals at the MLS is Back Tournament; all of a sudden, there are more teams at home than in Orlando, it’s a lot quieter around the host hotel, and everyone is now just three wins away from lifting a trophy, earning a spot in next year’s CONCACAF Champions League, and splitting up more than $1 million in prize money. So, who will be the four teams who are still standing when the weekend is over?

The Union have talked about building something special in The City of Brotherly Love: they’ve built a core of players around charismatic coach Jim Curtin, many of them homegrown players from the club’s innovative youth academy that features a built-in High School education program. But they’ve got flair as well: Brazilian Sergio Santos scored the only goal of their Round-of-16 win over New England.

Sporting KC were involved in the biggest “David vs Goliath” matchup of the last round, the difference is that this time Goliath prevailed, but only by the skin of their teeth. Despite outshooting severely shorthanded Vancouver 37-8, a scoreless draw meant a penalty shootout. While Vancouver’s 21-year-old, third string goalkeeper Thomas Hasal got the headlines for his performance, Sporting KC’s 34-year-old netminder showed yet again he’s the best there is against penalties in MLS, making two saves to send his team through.

KC beat Philly in a shootout to win the 2015 U.S. Open Cup final; since then they’ve overhauled their roster after missing the playoffs last year, while the Union have built through youth and are trying to make the jump to being considered true contenders in MLS.

The most fascinating of the quarterfinals matches up two teams with very different resumes in recent years. LAFC have become the darlings of the league since their expansion campaign in 2018: celebrity owners and fans, record-breaking Supporters Shield winners last year, and a roster stacked with players who are in the best form of their careers. They’ve blown out their rivals (6-2 vs LA Galaxy) and the reigning MLS Cup Champions (4-1 vs Seattle Monday night), but without last year’s MVP Carlos Vela (home for family reasons) and their vaunted home fans, can they stop a suddenly resurgent Orlando?

The Lions entered the league in 2015, but have still not made the playoffs; they’ve cycled through dozens of players, multiple coaches and front office members, and still have seen their place in the standings fall further and further each season. But all of a sudden under new coach Oscar Pareja—who has a track record in Colorado and Dallas of quick turnarounds—they’ve taken the “home field advantage” and won three of their games, tied the other, and only conceded three goals in four games. But can this sudden turnaround survive a test against the hands-down best team in MLS?

What happens when two teams who have lived the battle cry “no one believes in us” as their chief motivation face off? That’s what we’ll get from San Jose and Minnesota: the Quakes are a long ways off from their days as the best in MLS in the early 2000’s, but in the words of their GM recently, are “building something special”. A style built around intense, chase-you-all-over-the-field defense and unending flurries of shots and corner kicks, with the league’s all-time leading scorer as their ace in the hole off the bench? It produced a 5-2 thumping of RSL in the Round of 16.

Meanwhile Minnesota are coming off the best season in their short history in 2019, still haven’t been beaten in 2020, and knocked off the best-looking team in the group stage, Columbus, in the Round of 16 after a shootout Tuesday night. Oh, and they beat San Jose 5-2 in their regular season meeting back in March. But coach Adrian Heath is a master motivator, and will have his players convinced they’re the underdogs Saturday. So, which team IS supposed to win?

There’s an old saying that “revenge is a dish best served cold”; it’s anything but cold in Orlando in late July, but still tasted just as sweet for New York City Sunday night as they avenged last year’s playoff defeat—and 2016’s, for that matter—to a Toronto team that looked listless and disjointed in a 3-1 final. NYC have long been a team full of quality players, who have been very successful in recent regular seasons, but have a painful history of crashing out when the playoffs come around. Can a title run in the MLS Is Back Tournament write a new story for this team?

The Timbers made themselves into a dark horse favorite through the group stage of the MLS Is Back Tournament: comfortable wins over the LA Galaxy and Houston led to a toe-to-toe draw with LAFC. So what to make of their Round of 16 win over Cincinnati? A team they’re better than, a game they should have won at 1-0 up, but then a game they should have lost after a bad mistake by goalkeeper Steve Clark led to a 1-1 tie and Cincy missed a golden chance to win it. In the end, they advanced in a shootout. So is that their get-out-of-jail-free card? Will their confidence be dented for the next round? And how relevant is it that Portland have won four out of five prior meetings with New York City?

On to the quarters!