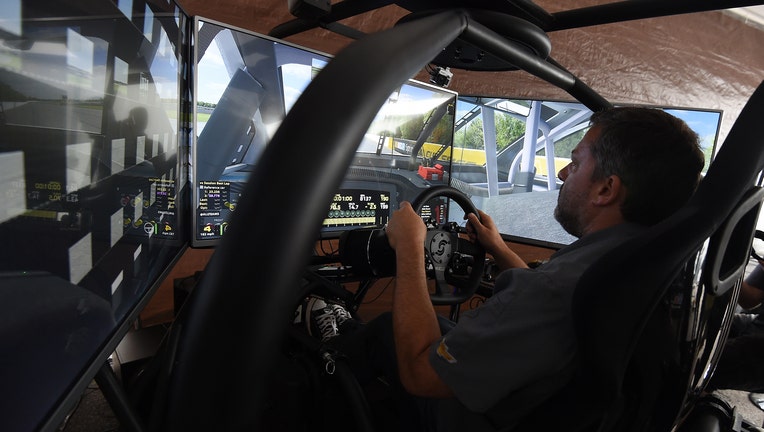 LONG POND, PA - JULY 28: Tony Stewart, driver of the #14 Mobil 1 Chevrolet, races on a simulator during a Mobil 1 and iRacing event at Pocono Raceway on July 28, 2016. (Rainier Ehrhardt/NASCAR)

CHARLOTTE, N.C. - Even though gatherings of more than 10 have been canceled all over the country, NASCAR figured out a way to get us our dose of left turns.

FOX Sports and NASCAR have invited racing's best to "drive" in the first-ever eNASCAR iRacing Pro Invitational Series on Sunday, March 22, at 1:30 p.m. ET (on FS1 and the FOX Sports app).

Some drivers are even coming out of retirement for the simulation-style digital racing experience.

MORE: NASCAR postponing all races through May 3

Drivers from the Cup Series, Xfinity Series, and Gander RV & Outdoors Truck Series will all be on the track for this unprecedented event.

Dale Earnhardt Jr., Kyle Busch, Joey Logano, Bobby Labonte, Brad Keselowski, Kyle Larson, Denny Hamlin, and Chase Elliott and Christopher Bell have already committed to strap on their racing gloves and sit behind the wheel of their individual eSports racing simulators for 90-minutes of iRacing around the virtual Homestead-Miami Speedway.

LIST: Major pro sporting events that have been postponed, delayed or canceled due to coronavirus