NASCAR's top divers face off in a Memorial Day weekend battle at the Coca-Cola 600 in Charlotte.

WASHINGTON - A huge race is on tap for Memorial Day weekend as NASCAR’s top drivers clash at the Coca-Cola 600 in Charlotte. Coverage kicks off at 5 p.m. ET Sunday on FOX followed by the race at 6 p.m. ET.

The Coca-Cola 600 is considered one of the crown jewel races of NASCAR and one of the most challenging competitions consisting of four stages, 400 laps, and 600 miles. 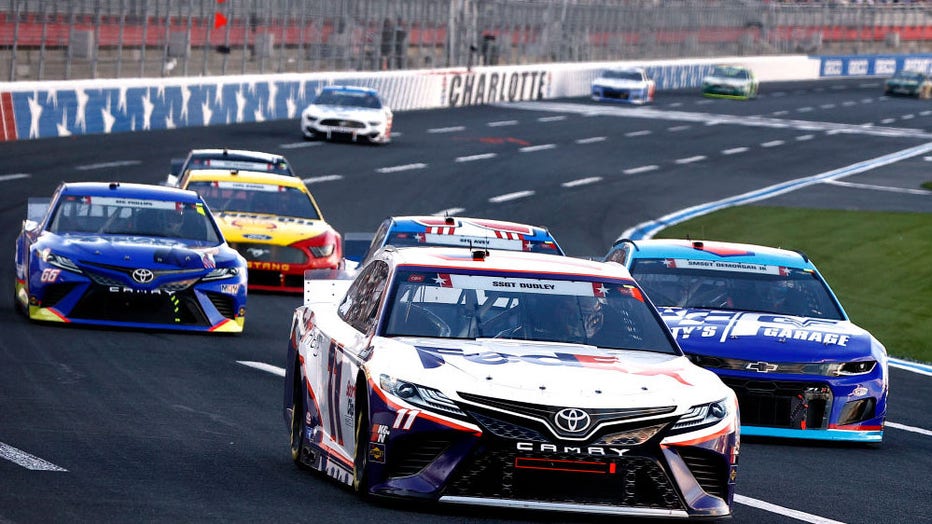 Denny Hamlin, driver of the #11 FedEx Freight Toyota, leads the field during the NASCAR Cup Series Coca-Cola 600 at Charlotte Motor Speedway on May 30, 2021 in Concord, North Carolina. (Maddie Meyer/Getty Images)

Sunday’s race will be the 124th Cup race hosted by Charlotte Motor Speedway in the series’ history. The track opened in 1960 and the Cup Series' first race held there was won by driver Joe Lee Johnson, according to NASCAR.com.