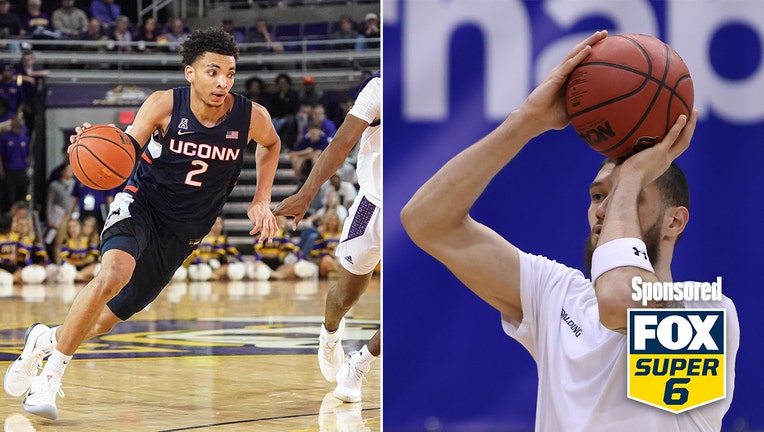 Maybe it isn’t Jim Calhoun vs. P.J. Carlesimo, Tate George against Andrew Gaze or some of the other greats that made Connecticut’s rivalry against Seton Hall so strong for a period in the 1980s and 1990s in the Big East.

However, the fact that the Huskiers have returned to the Big East this year has been fun to watch. The idea that they are in contention for an NCAA Tournament berth is even better. And being able to win money on the latest chapter in the rivalry is the best thing of all.

Seton Hall will head northeast to Storres, Ct. on Sunday to take on the 8-3 Huskies in a critical Big East contest (12 noon, FOX). And you could end up winning $1,000 when you play along with the FOX Super 6 game on your mobile device. Just download the Super 6 app, predict the right answers to the six questions on this game and you could win $1,000. It’s that simple.

Here’s the questions and how to look at it.

Who wins: Seton Hall or UConn?
The Huskies have not played since a 63-51 win at Butler on January 26 due to two COVID-19 postponements against St. John’s and Villanova. So one of the ultimate questions is how rusty will UConn be? There’s also a sense of urgency needed for the Pirates, who are dangerously treading into dangerous bubble territory. It is needed for both sides.