NOVATO, Calif. (KTVU) - A Bay Area company is stepping in to help the thousands of people who lost their cellphones and computers during Hurricane Harvey.

Whether sitting in their homes or being slogged through deep water, tens of thousands of devices were inundated drowning their owners' data, sentimental phots, and documents.

Novato-based Drive Savers is one of the oldest and most respected data recovery firms in the world. They can recover data from just about everything, including the data on the devices lost in the Houston floods.

And- they're going to do that for free.

Michael Cobb a chief engineer with Drive Savers says, "It all depends on how fact we get the device into our hands. It's a difficult procedure either way. But the quicker we can get the device, the more recoverable we can have. Within days, the device could be really inoperable. So, it could take several more days to retrieve the data once we get it into our hands."

Handling these devices can carry some risk because the rain water they stewed in is highly contaminated.

"So there's a lot of chemicals that can be put in, gas, a lot of different things are going to be in there. So, there's no advantage, it's no longer fresh water," Cobb says.

That includes some bacteria and viruses that can not only destroy the device, but could infect the data recoverers; making personal safety in recovery a top priority.

The service is worth anywhere from several hundred to several thousand dollars depending on the device and anyone who was in Hurricane Harvey's path is eligible for the free service.

Cobb added, "Our hearts go out to the people who are going through this and we know it will be many months to years to get through it all and we just hope we can help out as many people as possible." 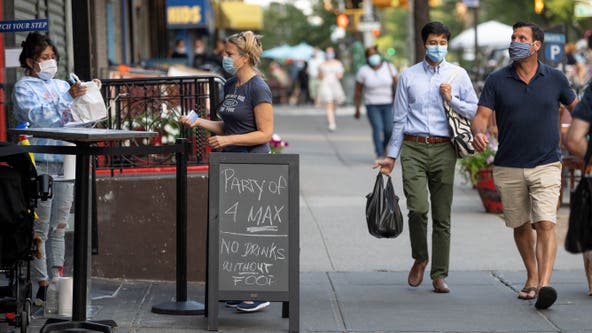