A Ring surveillance camera at a home in the Florida Panhandle was rolling when snowflakes fell, surprising the homeowner. 'I was pretty excited to see snow. However, it is extremely cold. My heat is getting its use today.'

FORT WALTON BEACH, Fla. - The start of the new year has brought a surprise for Floridians in the Panhandle: snow.

The Okaloosa County Sheriff's Office shared a Facebook video of flakes falling in Fort Walton Beach. The video was captured from a Lowe's parking lot.

The high on Sunday in Fort Walton Beach was 75 degrees. Less than 24 hours later, the low on Monday was 34. According to the National Weather Service in Mobile, a band of light snow pushed across parts of southeast Mississippi and southwest Alabama Sunday night. Those flakes headed east in the early hours of Monday morning, dropping snow in Florida.

"It's snowing," the deputy is heard saying before moving the camera to show flakes on his patrol uniform. "See? Snow."

Video from the Okaloosa County Sheriff's Office shows snow falling in the early morning hours of January 3 in the Florida Panhandle.

For Tiffany Crile in DeFuniak Springs, Florida, her Ring surveillance video captured the snowflakes during the overnight hours.

"I was pretty excited to see snow," she told FOX 13. "However it is extremely cold. My heat is getting its use today."

A cold front swept through Florida during the overnight hours.

Meanwhile, in other parts of the U.S., the first winter storm of 2022 dumped heavy snow across parts of the Appalachians and mid-Atlantic on Monday after dusting portions of the South with snow over the New Year's weekend, reports FOX Weather.

Back in 2018, Floridians in Tallahassee woke up to snowflakes after chilly rain turned into snow. That morning, the National Weather Service in Tallahassee was reporting a whopping 0.1 inches of "snow/sleet accumulation" on the roof of their building.

FROM 2018: Snow in Florida: Flakes fly in Tallahassee

In January 1977, it snowed as far south as Tampa. Approximately two-tenths of an inch fell across the Bay area with some areas getting half an inch of snow. 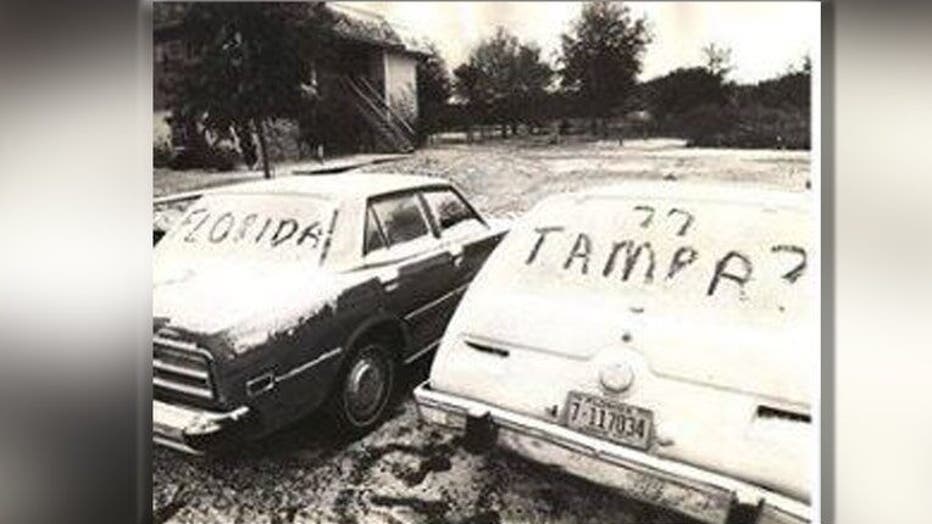