TAMPA, Fla. - In the final month of the Atlantic hurricane season, another storm has been given a name. Early Monday, Subtropical Storm Nicole formed, and its track brings it to Florida later this week.

The National Hurricane Center has issued a Hurricane Watch for the east coast of Florida from the Volusia-Brevard county line to Hallandale Beach in Broward County. This includes Lake Okeechobee. 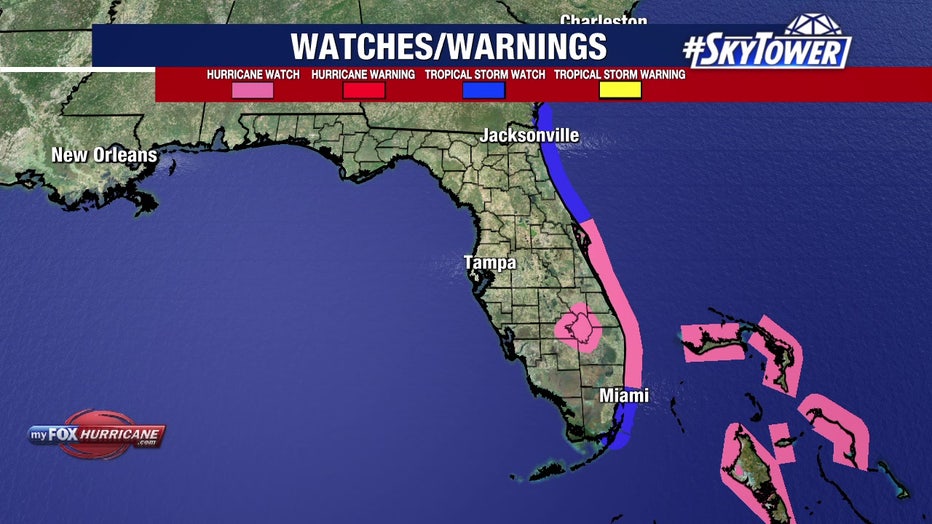 Like tropical systems, a subtropical storm has a well-defined center and a closed circulation. However, the area of maximum winds within the circulation is farther away from the center and there is less symmetry, according to the National Weather Service. Nicole is located northeast of the Bahamas.

Basically, it means state and local governments have more freedom to coordinate emergency agencies and resources to deal with a storm threat, rather than going through normal procedures.

"While this storm does not, at this time, appear that it will become much stronger, I urge all Floridians to be prepared and to listen to announcements from local emergency management officials," according to a written statement from DeSantis . "We will continue to monitor the trajectory and strength of this storm as it moves towards Florida." 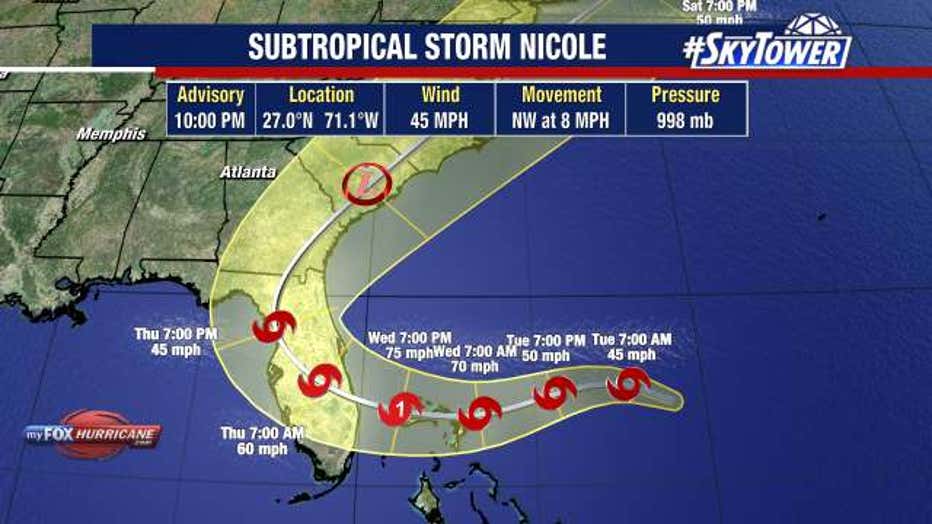 It's moving north-northwest and a turn northwest is expected later Monday, according to the NHC.

Then, it's expected to move west or southwest from Tuesday to Thursday. Nicole should approach the east coast of Florida by Wednesday night. 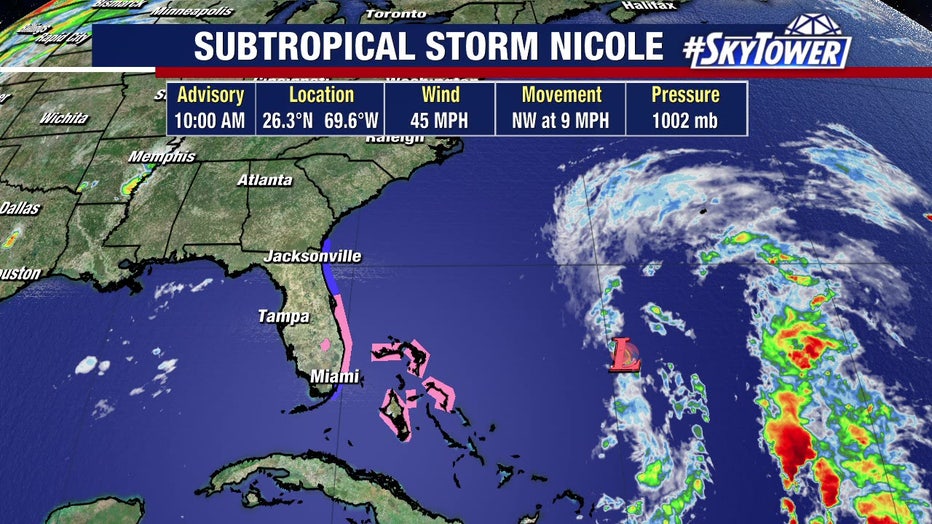 "This doesn’t look purely tropical in nature. The heaviest area of wins is displaced a couple of hundred miles to the east of where the center is," explained FOX 13's meteorologist Dave Osterberg. "One on hand, a subtropical system is not rapidly going to intensify because it’s such a broad system and it’s large, it will take some time for that to happen. On the flip side, because it’s such a large storm, as it approaches the east coast of our state, you’re going to feel the impacts from the Keys, all the way to the Carolinas." 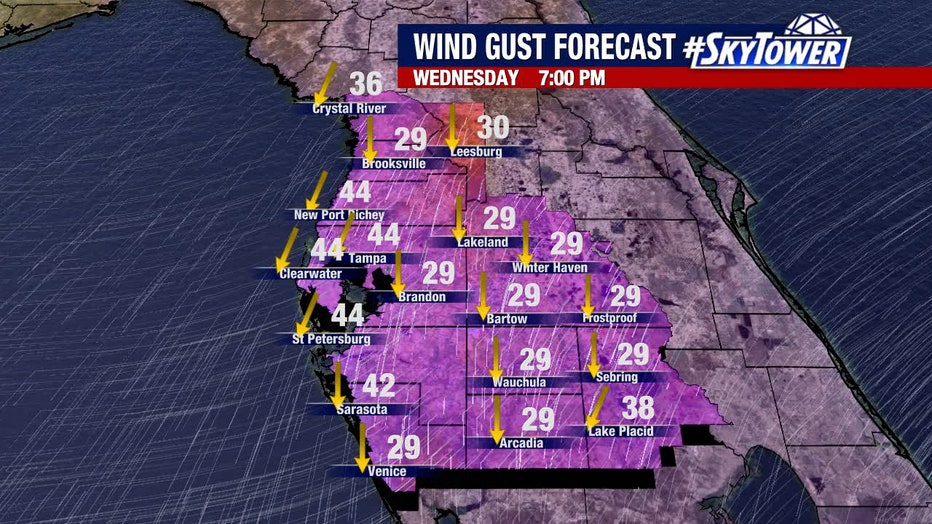 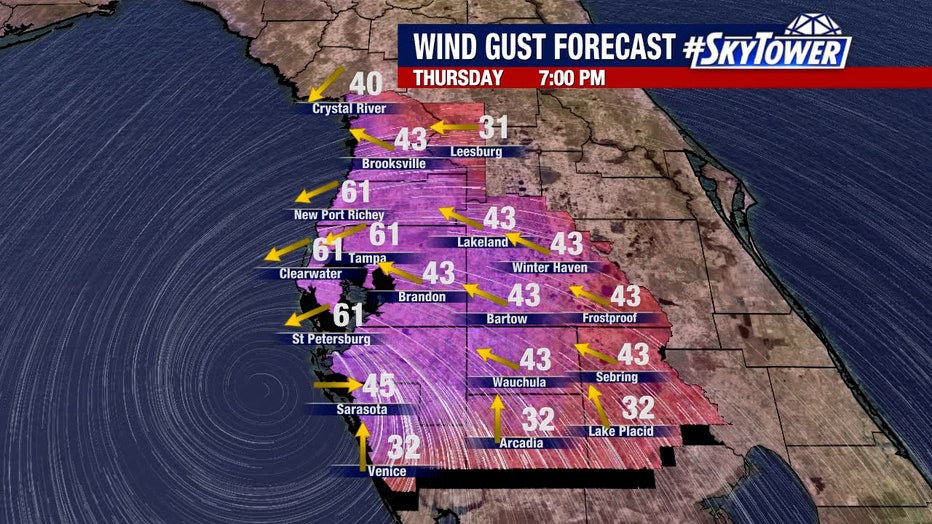 For the Bay Area, this means rain and wind, based on Nicole's current projected path.

"Could this storm become a hurricane before coming onshore? It could. However, I still think in the Tampa area, the west coast of Florida, in general, it’s going to be rainy Wednesday night right through Thursday," Osterberg explained. "Maybe we pick up a couple of inches of rain, 40-50 mph winds are not out of the question right now. That’s what it looks like today. Of course, we’ll be tweaking and fine-tuning that." 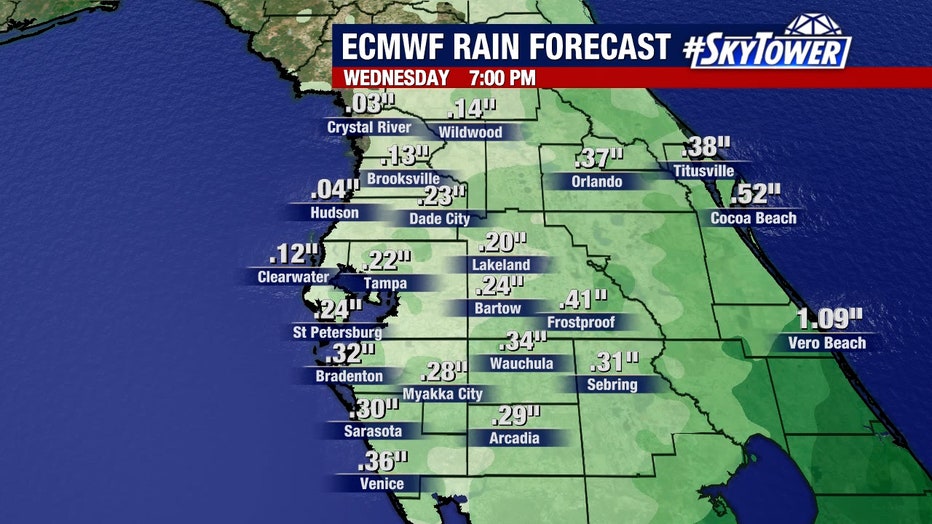