Teen accused of shooting at DPS detectives appears in court

PHOENIX - As authorities continue to search for a suspect involved in an apparent ambush against an Arizona Department of Public Safety trooper in Phoenix, the other suspect, a teenager who was taken into custody on Sept. 17, has made his first appearance in court. 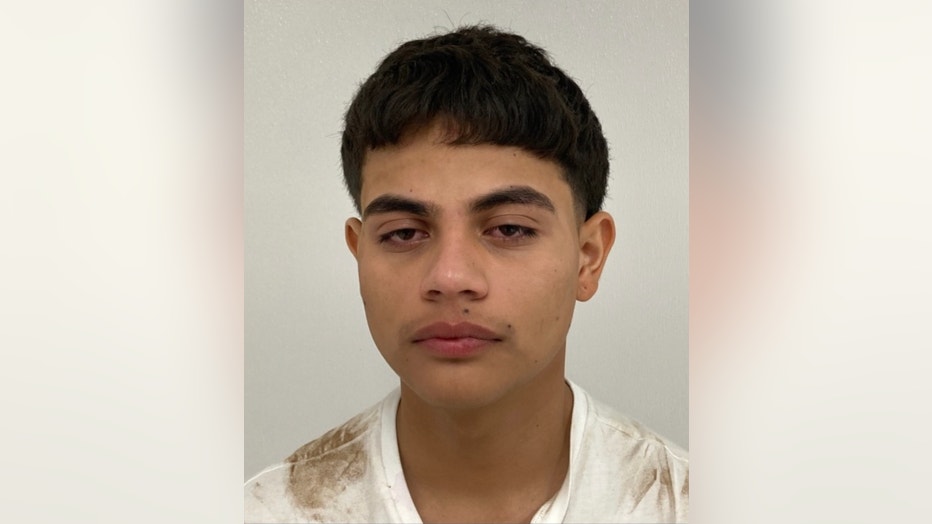 On Sept. 17, DPS officials say the suspects drove up to troopers while a teen sitting in the passenger's seat attempted to shoot them with an assault rifle.

DPS officials say the shooting was unprovoked; the suspects targeted the detectives and fired first. The detectives happened to be in the area to provide support for other troopers who were conducting a separate investigation.

"He began to shoot at our trooper as he exited his vehicle," said DPS Director Col. Heston Silbert.

DPS officials say the trooper was caught off guard when a silver Infiniti drove up to his car, and honked. Officials say the suspected shooter, 17-year-old Luis German Espinoza Acuña, then got out of the passenger seat and started shooting, with several rounds hitting the driver's side of the car.

The detective, officials say, was able to dodge the bullets, and return the fire.

"Had the trooper not had the wherewithall and the ability to quickly exit his vehicle and engage the suspect, undoubtedly, he would have been shot or killed," said Col. Silbert.

The shooting took place across the street from an elementary school.

"I say thank you God, no students at school. The school's closed," said Maria Ramirez, who lives near where the shooting happened.

A Blue Alert was issued to residents across the Valley as troopers search for the driver.

No one was injured in the incident, and Acuña appeared in a juvenile court on Sept. 18.

As a result, it will be up to Pinal County prosecutors to decide whether or not Acuña will be tried as a adult.

Authorities, however, are still searching for the driver. DPS officials say the teen tossed the rifle and tried to run away, but without success.

Troopers say the suspect was driving a silver 2008-2013 Infiniti G37. It has a temporary plate with chipped paint below the license plate area.

A teenage boy has been arrested and another suspect was being sought after two Department of Public Safety troopers were fired at while sitting in an unmarked vehicle.