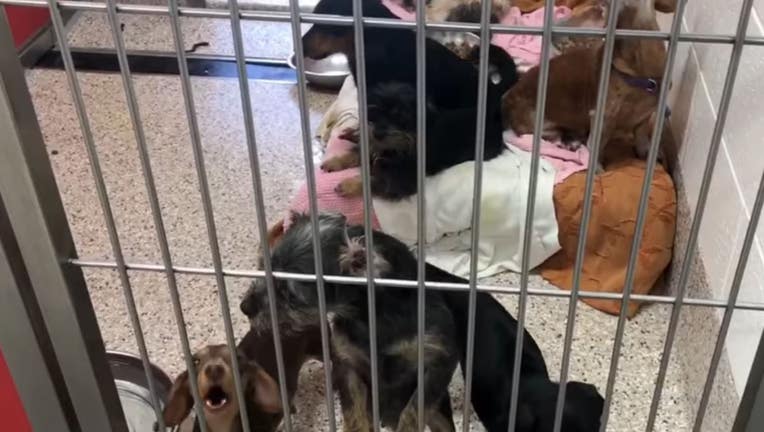 TUCSON, Ariz. (AP) - Officials from the county animal shelter in Tucson, Arizona, say they have taken in 18 small dogs and 67 birds seized in a suspected animal hoarding case.

On Facebook, PACC staff stated, "This case is still under investigation by the Sheriff Department’s Animal Cruelty Division. Animal Protection Officers from PACC assisted with the removal of the animals. The pets are on hold pending the conclusion of the investigation."

Reck says the dogs and birds were taken from the same location and a veterinarian specializing in birds is examining the macaw, cockatiels and finches. She didn’t have specifics about where they had been kept and didn’t know if anyone was arrested.

Reck also stated the shelter currently has about 1,600 animals that need homes.

According to PACC, they could use the community's help to make room for incoming pets.

"People can help by adopting or fostering existing pets for a few weeks. Those interested in fostering can stop by the shelter or send an email to PACC.foster@pima.gov. People who want to adopt a pet can look at them online or visit them in person at 4000 N. Silverbell Road."