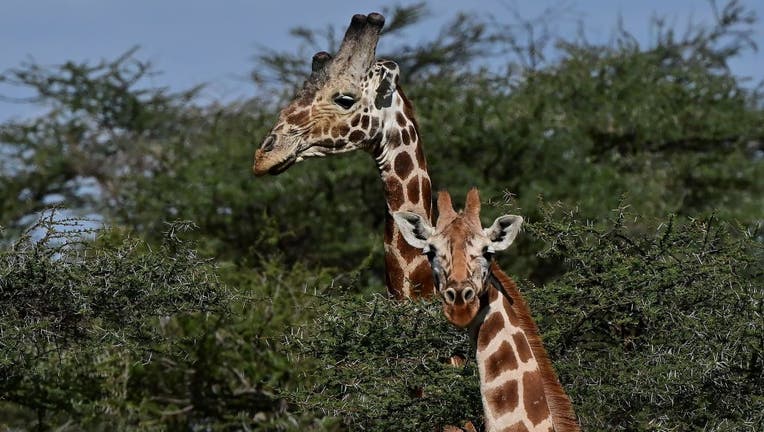 A picture taken on August 5, 2019 shows reticulated sub-species of Giraffe at Loisaba conservancy in Laikipia. - In Kenya, as across the wider African continent, the world's tallest mammals are less abundant than they once were, their numbers having

KENYA - Kenya’s wildlife agency says two giraffes were electrocuted on Sunday when they walked into low-lying electric power transmission lines that pass through the Soysambu Conservancy in western Kenya.

Trizer Mwakinya, head of communications at the Kenya Wildlife Service, said Monday that workers from the Kenya Power and Lighting Company "were on site" to rectify the problem.

But conservationist Paula Kahumbu in tweets addressed to the power company and the wildlife agency said the power lines have been killing giraffes, vultures and flamingos.

"Advice from experts was ignored. RIAs( Regulatory Impact Assessment) are notoriously poor on many development projects. Sad that it takes these kinds of deaths to wake some people up!" she said in a tweet.

In an earlier tweet with a picture of two dead giraffes under an electric pole, Kahumbu said the two were of the Rothschild’s giraffe species. The Kenya Wildlife Service says there are only 609 Rothschild’s giraffes in the country. Close to 1,400 Rothschild’s giraffes remain in the wild in the world and according to the International Union for the Conservation of Nature the species is not considered endangered anymore but is now in the near-threatened category.