LAS VEGAS - Four people were injured Friday morning when the awning outside of a Nevada supermarket came tumbling down shortly after the store opened.

Once authorities arrived, crews rescued a victim that had been trapped beneath the debris. Rescuers checked for gas or electric issues at the collapse site, then cleared the rest of the debris to check for other victims, Broadwell said.

Authorities then performed a secondary search and gave an all-clear.

Yogi B., who arrived at the store shortly after the collapse, recalls seeing people fleeing the store. 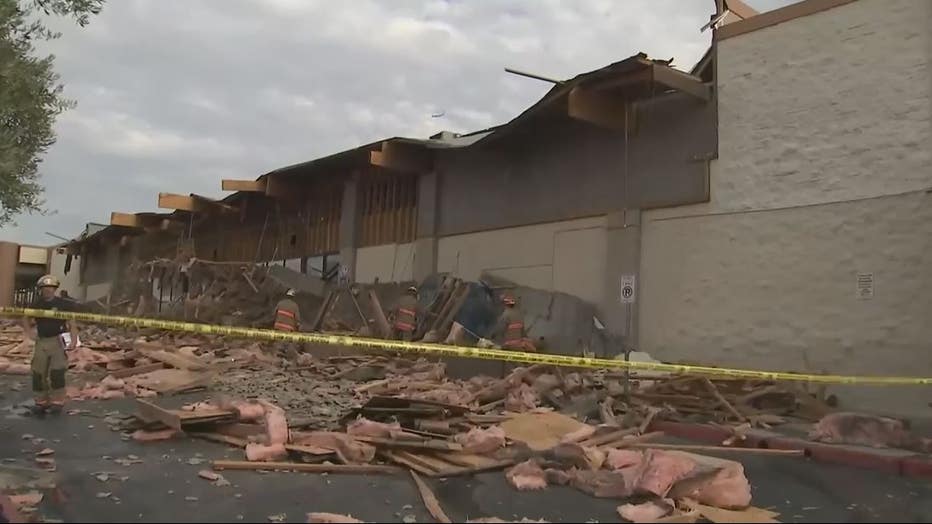 Nobody suffered any life-threatening injuries, but General Manager Armando Martinez said that could have been a different story had the collapse happen at a later hour when more people were around.

"At this moment, we can only thank God that this happened so early in the morning and not during busier hours," Martinez said in a statement.

Investigators are still trying to determine what caused the collapse.

The store closed after the collapse and Martinez said it’s going to stay that way until further notice. Employees will be given medical and emotional support before being assigned to a new store.