PHOENIX - Phoenix firefighters extinguished a fire that broke out inside of a two-story apartment complex near 83rd Avenue and Thomas early Saturday morning.

Fire officials say they arrived to the apartment on Sept. 25 to find the fire damaging the first floor of the building.

One dog was trapped in a laundry room on the second floor, but first responders were able to rescue it before the flames spread.

One person was taken to the hospital for smoke inhalation and is currently in stable condition.

Five people were displaced, and investigators are working to find out the cause of the fire. 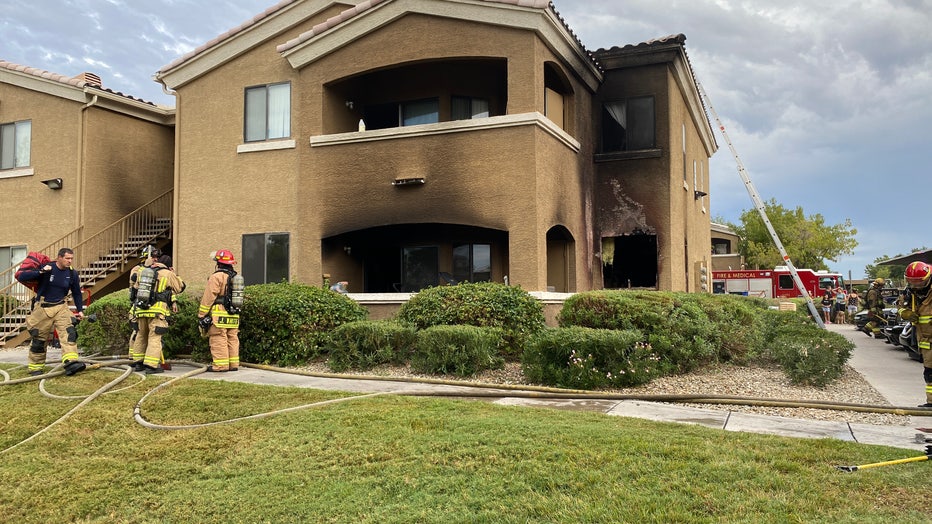 A scorched apartment in West Phoenix.