Firefighters were called to Vybz Bar and Grill Restaurant at 1:30 a.m. on Sept. 25 after a fire broke out on the roof.

The flames had spread to multiple nearby businesses, including a liquor store and a tattoo shop. All of the affected buildings sustained heavy fire and smoke damage, officials said.

Crews were able to put out the flames, but Southern Avenue will be closed between 3rd Street and Central Avenue for an indefinite amount of time.

No one was reported injured. 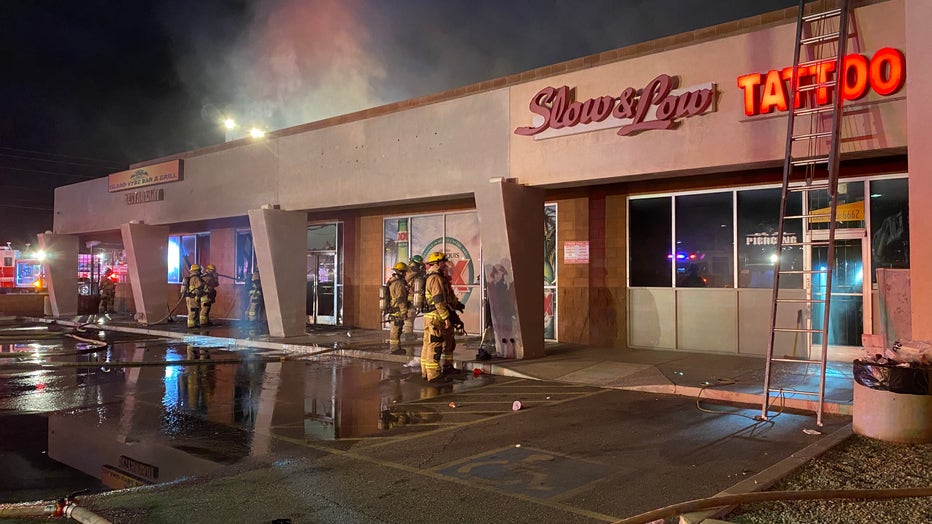 The aftermath of a fire that broke out at a South Phoenix restaurant on Sept. 25.