A driver crashed into a bus stop in Mesa, killing one person and injuring two others.

MESA, Ariz. - One person is dead and two people are injured after a driver crashed into a bus stop, Mesa police say.

Police say witnesses told them a red Toyota Tacoma was traveling south on Dobson Road and then hopped the median into the northbound lanes. The truck crossed all three lanes of traffic and hits three people sitting at the bus stop near Broadway Road.

When the truck hit the bus stop, the structure collapsed, police say. The Tacoma came to a stop when it crashed into a block wall.

Two people at the bus stop were transported to the hospital, one with minor injuries and the other with serious injuries. The third person was pronounced dead at the scene.

The driver of the truck was also transported to the hospital, however, her injuries are unknown at this time.

Mesa police are investigating the incident and will be checking if the driving was impaired or not. 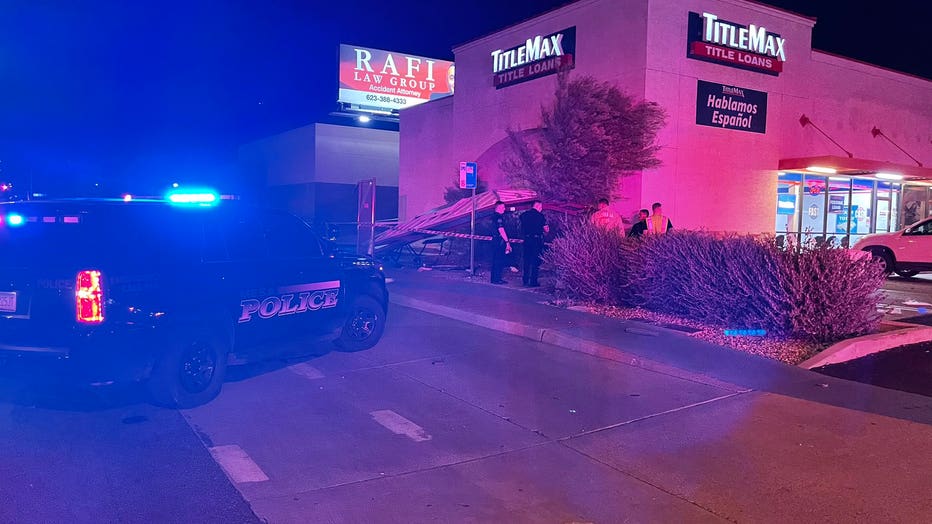