Italian authorities aren't letting some 7,000 people off a cruise ship while officials check for a possible infection.

ROME - Some 7,000 people were held on a cruise ship Thursday in Italy while authorities checked for a possible coronavirus case that has infected central China and beyond.

Italian health authorities were screening 6,000 passengers and 1,000 crew aboard a cruise ship docked north of Rome. A passenger from Macao was showing flu-like symptoms, officials told the Associated Press.

The Costa Crociere cruise line said the 54-year-old woman and her partner, who has no symptoms, were immediately put into isolation Wednesday and the case reported to Italian maritime authorities. 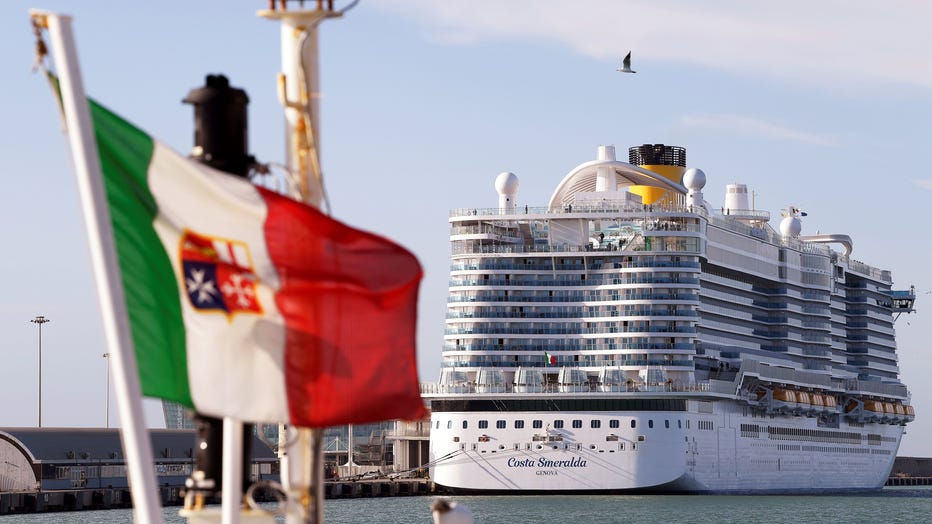 The Costa Smeralda cruise ship is docked at the Civitavecchia port north of Rome on Jan. 30, 2020. (Photo by FILIPPO MONTEFORTE/AFP via Getty Images)

Passengers of the Costa Smeralda were being kept on board Thursday pending checks to determine the type of virus.

The ship was sailing from Mallorca, Spain, to Civitavecchia on a weeklong Mediterranean cruise. Later Thursday, just over 1,000 passengers were allowed off the ship for a walk through sunny Rome.

“All the planned mechanisms were activated. Health authorities are on board, doing checks,” Italian Coast Guard Cmdr. Vincenzo Leone said at the port of Civitavecchia. “The situation is under control. There’s a security cordon on the dock.”

China has reported 170 deaths and at least 7,800 infections from the virus that emerged in the central city of Wuhan. More people have now been infected by this coronavirus in China than were sickened there during the 2002-2003 SARS epidemic.

In an effort to contain its spread, more 50 million people are under a government lockdown in central China — cancelling sports, transport and cultural events across the country. In Europe, there have been 10 confirmed cases of the deadly virus: five in France, four in Germany and one in Finland.

In the U.S., there have been five confirmed cases identified in Washington state, California, Arizona and Illinois.

The new virus causes cold- and flu-like symptoms, including cough and fever, and in more severe cases, shortness of breath and pneumonia, according to the Centers for Disease Control and Prevention. Symptoms can appear within two to 14 days after exposure.

It is thought to have spread to people from wild animals sold at a Wuhan market.

RELATED: No, Corona beer is not linked to China’s coronavirus outbreak