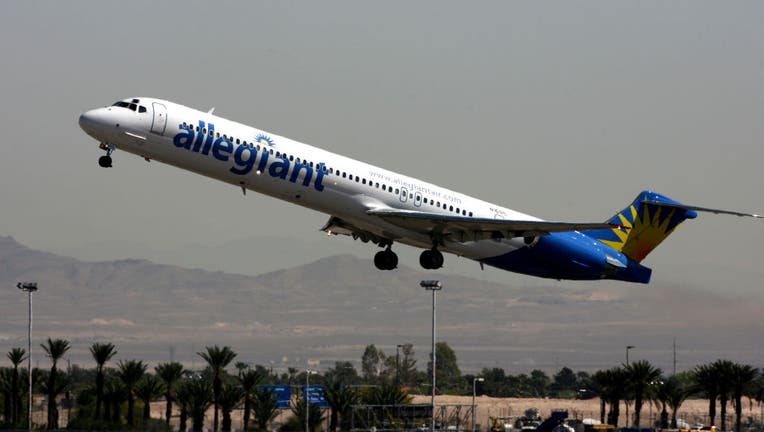 PUNTA GORDA, Fla. - The Federal Administration Aviation is investigating an incident after an Allegiant plane struck another plane while on the tarmac at Punta Gorda Airport in Florida Monday at 6:40 a.m. local time.

According to the company, Allegiant Airlines Flight 1687 was getting ready to take off to Abraham Lincoln Capital Airport in Springfield, Illinois. When the pilot pushed back from the gate, the plane’s wingtip struck the auxiliary power unit on the wing of an empty plane parked nearby.

A spokesperson with the airline said the flight was canceled and passengers exited the plane and returned to the terminal. The spokesperson said passengers will have the option of receiving a full refund or being booked on another flight.

Fight breaks out between passengers, police at Miami International Airport

Two people were arrested after an incident escalated into a brawl at Miami International Airport in Florida on the evening of December 20, police said.

"We’ve issued additional compensation of $250 per itinerary through a secure electronic transfer portal, as well as $150 vouchers that can be used for future travel," the company said in a statement to FOX Television Stations.

"We’re very sorry for the disruption this has caused to our customers’ travel plans," according to the statement.

The incident comes as cancellations and delays bombard the industry, mainly due to staff shortages because of the COVID-19 pandemic.

An American Airlines flight headed to Orange County, California, was forced to divert to Denver, Colorado, after a passenger allegedly attacked one of the flight attendants. The passenger, who reportedly punched the flight attendant in the nose, was arrested when the plane landed in Denver.

At least 2,400 flights were canceled around the world on Monday, including about 880 flights in the U.S., as the nation’s travel woes extended into the post-Christmas workweek amid the rapid spread of the omicron variant.

Delta, United and JetBlue had all said Friday that the omicron variant was causing staffing problems leading to flight cancellations. United spokesperson Maddie King said staffing shortages were still causing cancellations and it was unclear when normal operations would return.

To ease staffing shortages, countries including Spain and the U.K. have reduced the length of COVID-19 quarantines by letting people return to work sooner after testing positive or being exposed to the virus.

Delta CEO Ed Bastian was among those who have called on the Biden administration to take similar steps or risk further disruptions in air travel. On Thursday, the U.S. shortened COVID-19 isolation rules for health care workers only.

Kelly Hayes and the Associated Press contributed to this report. This story was reported from Los Angeles.