An alligator with a missing leg was spotted in a Louisiana park. The 3-legged alligator could be seen struggling to walk, missing most of its front right leg below the shoulder.

LAFAYETTE, La. - Alligator mating season is in full swing, which means the large reptiles are out and about, looking for love.

One gator in Louisiana apparently wasn't going to let a missing leg lessen its chances of finding a mate.

John Weatherall said he was in a public park in Lafayette last Wednesday when he spotted the three-legged gator slowly making its way through the area.

Much of the alligator's right front leg was missing below its shoulder bone. 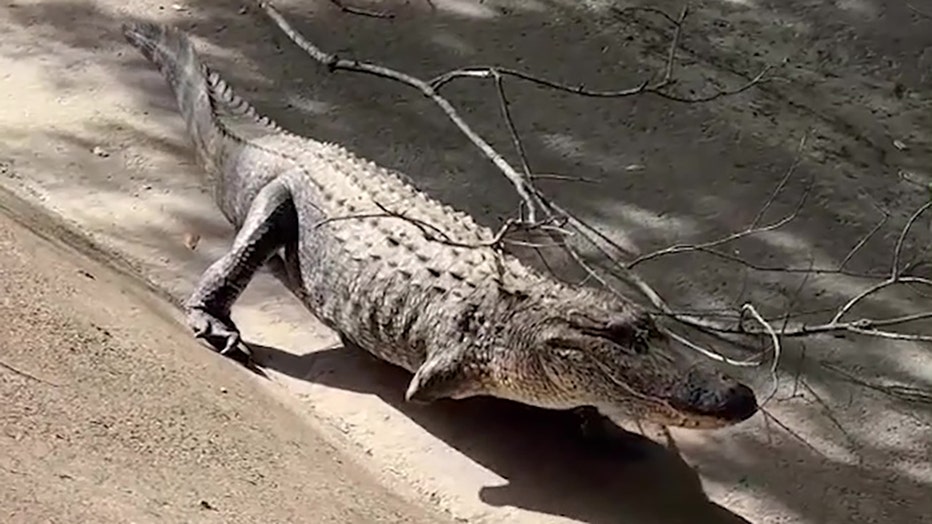 Weatherall and his friends could be heard in the video noting how, though the gator's leg was missing, its jaws and leg could still cause plenty of damage.

RELATED: Alligators on the move as mating season begins

According to the Florida Fish and Wildlife Conservation Commission, alligators become more active with the start of mating season, which begins in April. Mating usually happens in May and June, and females lay on average between 30 and 50 eggs in late June or early July. Hatching takes place August through September.

Male alligators are on the move as the younger ones get pushed out of their homes by older, larger males, experts say.