LOS ANGELES - Meet the panel of celebrity judges who will choose the next digital superstar on FOX Entertainment's newest singing competition "Alter Ego."

The panelist consists of some of America’s foremost in music and entertainment, including Will.i.am, Alanis Morissette, Grimes, Nick Lachey and host Rosci Diaz.

Will.i.am has won seven Grammy Awards and has been one of the leading contemporary American hip hop artists for more than 20 years, according to FOX Entertainment.

"He is best known as a songwriter, producer, actor and entrepreneur, and globally recognized as a founding member of Black Eyed Peas, one of the best-selling groups of all time," according to FOX. 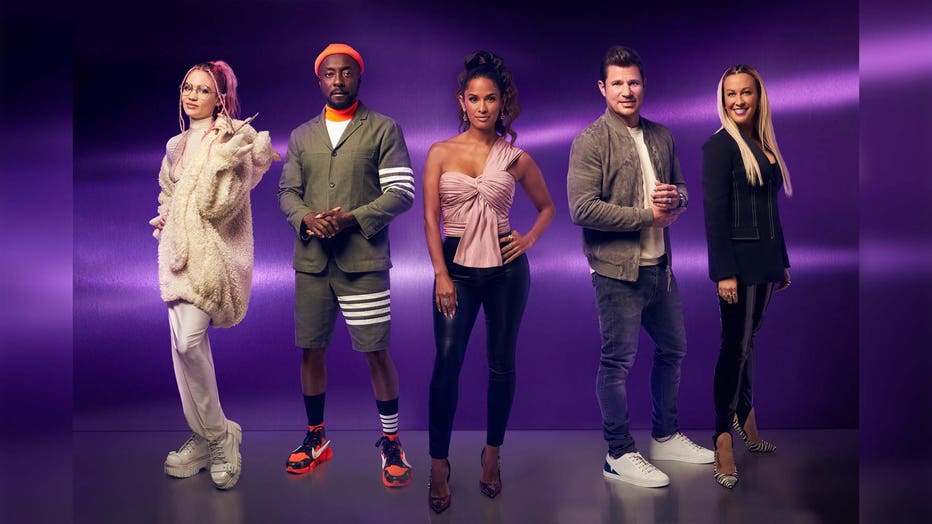 "Will.i.am is obviously one of the world’s greatest producers, also he’s a futurist, he’s like into the AI and everything. I super-admire Will," Grimes said.

Morissette has also won seven Grammy Awards and is considered one of the most influential singer-songwriter-musicians in contemporary music.

"Forget about the person behind the scenes singing. For us as judges, we’re looking for an overall package of charm and charisma and to what degree they’re embodied in their alter ego," Morissette said.

Claire Boucher is the producer of the alter ego Grimes and an award-winning music video director, as well as a music writer, artist, producer, engineer and singer-songwriter, according to FOX.

"Grimes is ultra cool. The fact that she’s doing this show, means this show legit," Will.i.am said of his co-panelist.

Lachey will also be gracing the judge’s table with his presence and being the former lead singer of the multi-Platinum boy band 98 Degrees, he’ll surely bring a fresh perspective to "Alter Ego."

"I think everyone brings their own take, their own version of what music means to them and it’s been a lot of fun working alongside all three of them," Lachey said of his colleagues.

Contestants won’t perform as themselves but rather, they’ll be given the chance to show how they’ve always wanted to be seen, creating their dream avatar "Alter Ego" to reinvent themselves while showcasing their unique performance style via motion capture technology.

Essentially, it’s all about lost dreams and second chances that are reignited when singers from all walks of life become the stars they’ve always wanted to be.

"I think people desire to reinvent themselves for a lot of different reasons," Lachey added after one contestant said past physical limitations didn’t allow him to pursue his dream.

"But my alter ego can do more than I can," the contestant said.