Police officers and ex-military from across the country are being held accountable for possible wrongdoing in and around the mob attack at the U.S. Capitol last Wednesday.

WASHINGTON (FOX 5 DC) - An Anne Arundel County police officer has been suspended with pay pending an investigation into the officer's involvement in the riot at the U.S. Capitol on Wednesday, January 6.

The Anne Arundel County Police Department says the department's Office of Professional Standards will review the officer's involvement and "determine whether there was a violation of this agency’s policies or applicable laws," according to a statement released Monday. The department says it will work in cooperation with federal authorities. 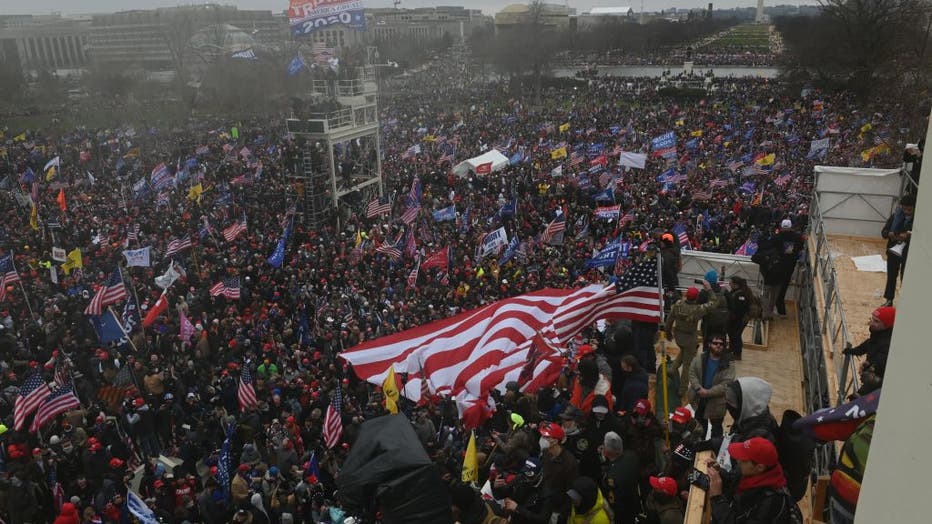 Trump supporters clash with police and security forces as they gather at the US Capitol in Washington, DC on January 6, 2021. - Demonstrators breeched security and entered the Capitol as Congress debated the a 2020 presidential election Electoral Vot

READ MORE: Timeline of the pro-Trump riot at the US Capitol: How the chaos unfolded

FOX 5's Evan Lambert reports the officer, who was off-duty at the time of the riot, has not been charged with a crime. He says the county is not elaborating on what the person's role was in events, citing personnel privacy laws.