(FOX 9) - The man accused of a stabbing that killed a teenager and injured four others has been charged with murder, according to court documents.

Miu made his first court appearance, virtually, on Monday afternoon, during which the judge set his bail at $1 million cash. He was told he isn't eligible for a public defender because of his finances, and he faces life in prison if he's convicted of the top charge.

The criminal complaint against Miu details the stabbing on the Apple River near the sunrise bridge in Somerset, Wisconsin, which allegedly started after Miu was apparently looking for a friend's cellphone in the river but was confronted by tubers who said he was acting sketchy. The encounter escalated, and he apparently punched a female on the left side of her face before Miu was punched, eventually leading to the stabbing.

According to the criminal complaint, witnesses began calling 911 at 3:47 p.m. on July 30, which indicated there were potentially four or five victims with wounds to the mid to upper body and one of the victim's "intestines were hanging from their body."

One victim, later identified as Schuman, was found without vital signs and a puncture wound in his upper abdomen near his left breast. He was pronounced dead at Lakeview Hospital in Stillwater, charges said. 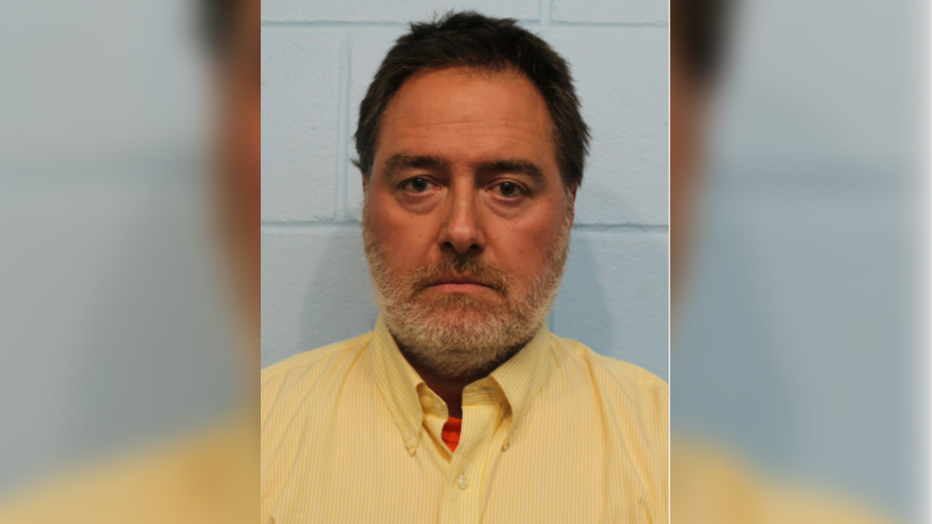 When authorities arrived, they learned the suspect, later identified as Miu, ran back upriver and entered the woods on the western bank. A witness called police at 4:45 p.m., reporting they saw the suspect downriver at Prospect Park. He was detained at the Rivers Edge Campground in Somerset. He was there with a group of friends and his wife, charges said.

Miu's wife told investigators she and Miu arrived at the campground at 10:45 a.m. on Saturday to float down the river. She said her husband donned SCUBA gear and left the group to try to find a friend's cellphone that was lost in the river near the bridge, the complaint states. The second time he went out looking, a group of guys got off their tubes and started hitting him. She saw this and yelled to their friends, two of whom started running toward the fight.

She heard screaming and then saw Miu and the two friends walking back, noting she didn't see what happened, charges said. She said the two friends were not involved; Miu was already on his way back when they reached him.

Miu's wife told investigators Miu had a knife in his pocket and he told her, "Those guys grabbed it from him," adding the group called him a pedophile and attacked him, charges said.

The complaint said witnesses reported a man, later identified as Miu, bothering a group of juveniles on their tubes and the tubers were yelling for help from others floating down the river. A group of people then stood between the tubers and Miu, asking him to leave.

Witnesses said Miu slapped or punched a female that was in the group confronting him, and then a male punched Miu, causing him to fall into the river, the complaint said. Witnesses then said Miu began stabbing multiple people who were near him using a 3-inch folding knife.

Authorities located the knife a short distance upstream along the west bank of the river, the complaint said. Tubes, including on that appeared to have bloody flesh attached, were found tied together with items belonging to the victims.

Investigators also obtained video of the incident, the complaint states. The video showed Miu, shirtless, carrying goggles with a snorkel attached up to the group and he grabs onto their tubes as the group yells to Miu to get away. Miu then walks around the tubes, as if he's looking for something, before walking away with his back to the tubing party. He then turns around and says something to the tubers before walking away again toward the Highway 35 bridge.

The video, according to charges, then shows people converging toward Miu, yelling for him to walk away. He then walked toward a female, who was telling him to go away. In the video, people can be heard saying he was "looking for little girls." Then a larger group converged toward the area and multiple people were yelling at Miu, with at least one person touching his shoulder.

Later in the video, it appears two females confront Wiu, and he takes out his knife. The camera pans away, and commotion begins with multiple people converging toward Miu, the complaint explains. Miu then falls back into the water and is slapped with an open hand. He then gets back to his feet before being shoved back by a male in yellow swimming trunks. He then starts emerging from the water with his knife in his hand and the person in yellow swimming trunks shoves him again. That's when Miu stabs him in the abdomen.

The video then shows Miu making stabbing motions toward others as at least one person touches his back, charges said.

According to the criminal complaint, Miu, who works at Ritchie Engineering as a mechanical engineer, claimed self-defense, saying a lot of people came onto him, hit him and were on top of him but "I don't remember anything after that" and "everything happened so fast."

Miu told an investigator he was "so fearful" for his safety and wasn't sure what the people in the river were going to do to him, noting they called him a "child molester." He remembered telling the group that if they were children they shouldn't be drinking alcohol.

He said he was helping a friend look for their lost phone when he approached a group of tubers who had appeared to have found something, asking the group if they'd found a cellphone, the charges said. That's when the group "came at me" and called him names, "insulting" him for being in the water with snorkel gear.

He said the group of tubers took his snorkel and goggles from him and threw it in the river, recalling one person grabbed his swim trunks and tried to pull them down, the complaint alleges. He then "grabbed onto" the kid who tried pulling his shorts down and saw the kid had a knife on him. He also saw someone else with a knife.

He took a knife from one individual and started swinging it, trying to get out of the situation, Miu said, according to charges. He said the tubers were coming at him, punching him, hitting him and circling around him.

He did say he had a knife when he arrived at the Apple River, which he used to cut the rope to tie their tubes together, but he gave it to someone else or left it in his vehicle.

Miu apologized for how the incident ended up, the charges said. 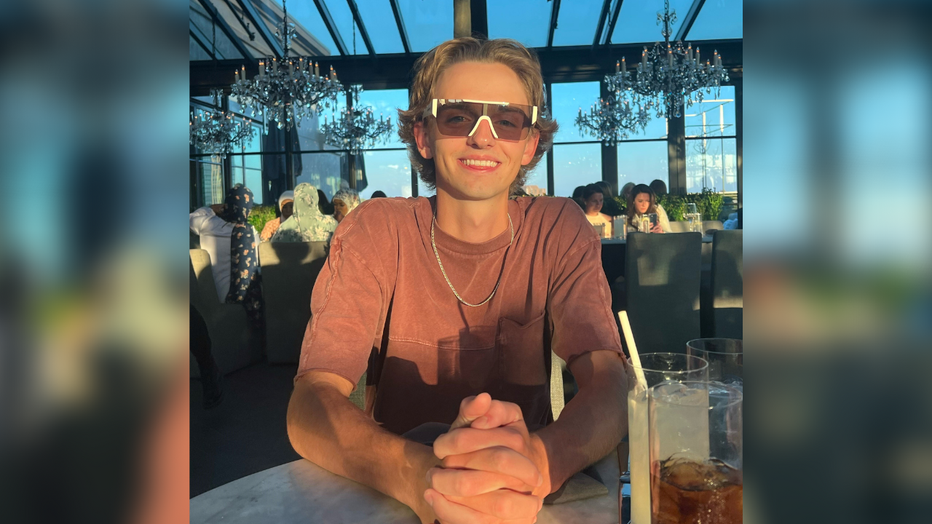 Isaac Schuman was fatally stabbed on the Apple River in Wisconsin over the weekend.

Schuman, a 17-year-old from Stillwater, was killed on Saturday. A statement from his family reads:

"Last night in Stillwater, family and friends of Isaac Schuman gathered on the 14th fairway of Oak Glen Golf Club and released dozens of lighted luminaries in his memory. The rain had just stopped and a bright rainbow appeared in the eastern sky over Wisconsin as if Isaac was telling the group he was ok and he loved them. Isaac was an exceptional young man. An Honor Roll student at Stillwater High, a successful entrepreneur with a rapidly growing car and boat detailing business, and an eye toward the future with plans to pursue a degree in electrical engineering following his senior year at Stillwater. Isaac had also recently caught the golfing bug and used some money from his business to take lessons, buy new clubs, and really work on his game. He was looking forward to trying out for the golf team in the spring.We are shattered beyond comprehension by the senseless and brutal loss of our son, brother, nephew, and friend. We continue to be comforted by the enormous support from our friends in the Stillwater community and we appreciate your prayers and compassion for Isaac and the family."

Some of the people to came to the rescue of five people who were stabbed while tubing down Apple River in Wisconsin recounted the terrifying moments as they came upon the victims.

How law enforcement and EMS responded

St. Croix County Sheriff Scott Knudson said people started calling 911 to report the stabbings at about 3:45 p.m. on Saturday. Emergency responders arrived to find that five people were wounded and that the suspect had fled the scene, which was by milepost nine on Highway 3564, near Sunrise Bridge and the area that used to be Sunrise Park.

With the help of a group of tubers who were on the river, deputies began administering first aid and evacuating the victims. Knudson said that two were airlifted to Regions Hospital, with the others traveling by ambulance. Paramedics took the 17-year-old to Lakeview Hospital, where he was pronounced dead.

Witnesses helped lead deputies to the suspect, who had fled about three-quarters of a mile upstream, and they arrested him roughly an hour and a half after the incident began, Knudson said.

Asked to describe the scene, Knudson replied: "Chaotic. Scary. I'm sure that anybody that witnessed this will never forget it. So it is a tragedy."

Knudson said investigators were still searching for the knife the suspect allegedly used. A news helicopter filmed a group of four deputies, who were accompanied by a police dog, wading into the water late Saturday afternoon. As a police drone flew overhead, another group of officers searched further downstream, picking through tall grass and discarded tires that had been dumped by the river bank.

Kat Fenton is an artist and musician who has lived in the area for 25 years. Her family owns property at Sunside part, near where the incident occurred. On Saturday afternoon, she was in her driveway when she saw a car speeding down the street. When she waved at the driver to slow down, he stopped. Then, she noticed he had blood on his shirt and was crying.

He told her his son had been stabbed and was one of the survivors who had been airlifted to Regions Hospital. She got in the passenger seat and led him to where law enforcement was gathered near the scene.

"I knew I needed to help him... So at that point, I got in and I touched his arm and I just said.'I'll get you through this. I'll. I'll show you where you need to go," she said.

She was in disbelief that this happened by the river, where people often go cool off and enjoy summer days.

"I've never seen anything like this… This is not okay. People just come here to have fun," she said.