New Yorkers in northeastern parts of the state awoke to fresh snow on April 1, as a cold snap plunged temperatures and threatened several inches of accumulation. Credit - BBMadDog via Storyful

Companies in recent years have put a lot of thought and effort into April Fools’ Day, a time served for hoaxes and practical jokes on the first of the month. But last year, many decided to sit the annual custom out due to the ongoing coronavirus pandemic.

Some brands have opted back into the day of trickery in 2021. Here’s a roundup of some of the best shenanigans:

The Canadian Space Agency announced an incredible discovery by NASA’s Perseverance on Mars this April Fools’ Day, thanks to a little Photoshop job.

"While travelling on the surface of Mars, the Perseverance rover found the place where all the missing socks from the dryer end up," the agency wrote on Twitter.

Duolingo, a popular language-learning app, wants to turn your bathroom into a classroom. The company announced a new three-ply Duolingo Roll to help people keep up with their studies, saying the average person spends up to 14 minutes a day on the toilet. It even created a website with reviews like, "My husband hasn’t left the bathroom in over 4 hours."

Ikea introduced a range of haute couture outﬁts for dogs, called "Hund Couture," which is the Swedish word for dog. The company shared a video of the new line on April Fools’ Day, calling it a "sleek, sophisticated Swedish design" for your stylish pup.

Lego is very aware of how painful it is when parents accidentally step on their kids’ loose plastic bricks scattered across the floor. The toy company announced on April Fools’ Day that "SmartBricks" are coming soon, which automatically scatter away from feet as a person walks across the room. 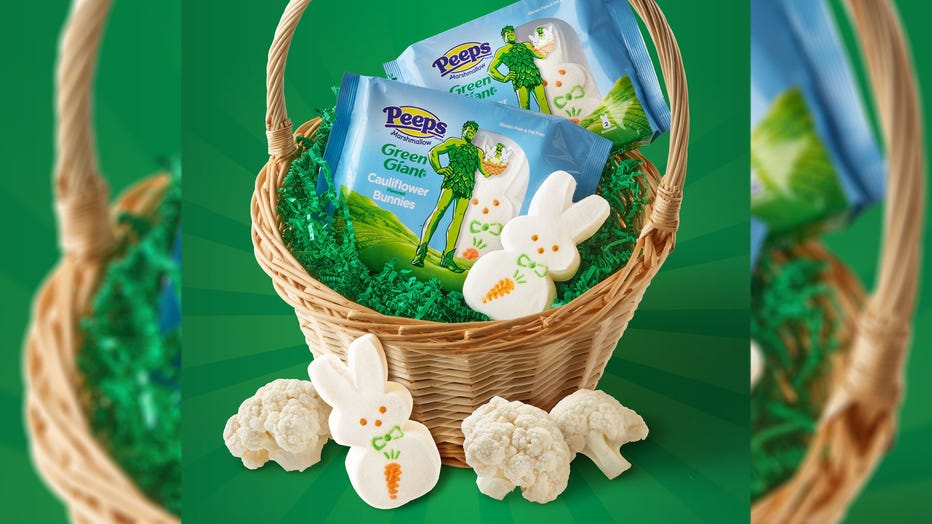 Peeps said it wanted to get in on the cauliflower trend, being used in everything from pizza crusts to rice and more. The company announced it teamed up with Green Giant to create a cauliflower-flavored marshmallow ahead of Easter — which will be available beginning on April Fools’ Day.