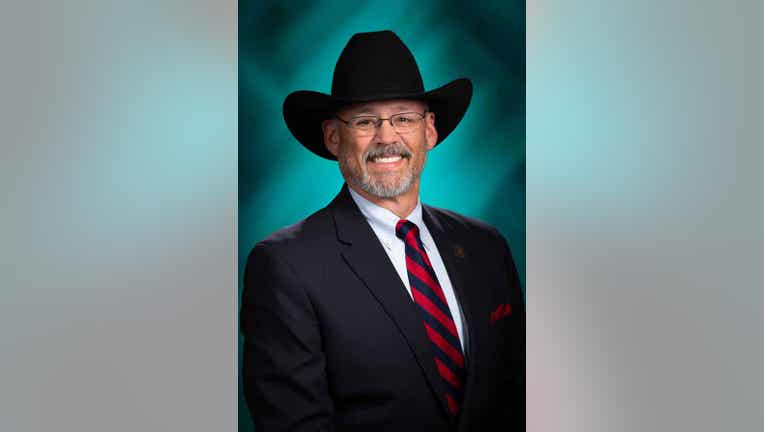 PHOENIX - Democrats in the Arizona House moved Monday to expel a Republican lawmaker who attended the Jan. 6 rally that turned violent when demonstrators stormed the U.S. Capitol.

Republican Rep. Mark Finchem of Tucson violated his oath of office and undermined democracy through actions that include his attendance at the rally and his promotion of disproven allegations of election fraud, Democrats allege in an expulsion resolution introduced on Feb. 8.

"Every day the member remains in office is a threat to the integrity of the Arizona House of Representatives, a threat to national security, and a threat to the very future of our Democracy," Rep. Athena Salman, a Tempe Democrat leading the expulsion effort, said at a news conference. "Mark Finchem violated his oath of office and should be expelled immediately from this chamber."

Finchem was one of former President Donald Trump’s most outspoken allies in his effort to overturn Democrat Joe Biden’s narrow victory in Arizona.

Finchem did not respond to an emailed request for comment about the expulsion effort. Removing him from office would require support from two-thirds of the GOP-controlled house.

The Tucson Republican has said he went to Washington in an attempt to show Vice President Mike Pence alleged evidence of fraud. He said he was also scheduled to speak at a permitted event on the Capitol grounds on Jan. 6, the day the Capitol was breached. A photo he posted to Twitter shows the crowd in front of the Capitol.

In a statement released last month, Finchem said he remained about 500 yards from the Capitol and didn’t learn it was breached until 5 p.m., hours after the mob broke in. He blamed the mayhem on Antifa, a loosely organized group of anti-fascist activists that have engaged in violent clashes with right-wing demonstrators — a claim that has been disproven.

"To connect my presence to speak in the company of other elected officials at a properly permitted public event at the Capitol event with ‘leading an insurrection,’ or that walking with the crowd to the Capitol can be construed as anything other than an exercise of my First Amendment right to free speech it is utterly absurd," Finchem said.

Salman last month requested the U.S. Department of Justice and the FBI to investigate the roles of Finchem and other Arizona Republicans in the rally. Democratic state Rep. Cesar Chavez of Phoenix has also filed an ethics complaint alleging that Finchem violated his oath of office by attending the rally.