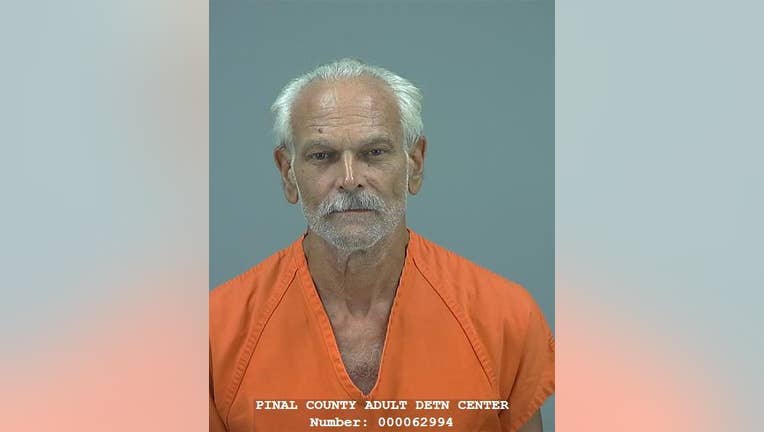 MARICOPA, Ariz. - A man has been arrested and accused of firing shots at construction workers near the city of Maricopa, about 35 miles south of Phoenix.

They said a group of construction workers were working in the Hidden Valley area outside Maricopa when they were fired at on the morning of July 8.

The workers called 911, saying a man was upset about the construction near his home.

But authorities said the motive for the shooting remains under investigation.

When sheriff’s deputies arrived on the scene, they found one worker with a gunshot wound to an arm. That man was taken to a hospital for treatment and then released.

Sheriff’s officials said Rubin barricaded himself in his home but was later arrested on a warrant.

It was unclear if he has a lawyer yet for his case.