PHOENIX - Arizona is preparing to help hospitals shuttle some recovering virus patients into nursing homes to make space for new arrivals as it reported more than 4,000 newly confirmed coronavirus cases on July 10 — still the highest rate of infection per capita in the nation.

The state Health Services Department said the 4,221 new cases puts Arizona’s case count at 116,892. Only six other states, all with much larger populations, have more cases.

State officials also reported 44 additional deaths, pushing the overall count to 2,082, a number that has doubled in the past five weeks.

The overall case count is doubling every two weeks, but shows some signs of stabilizing.

Hospitals in the state are nearing capacity, with 88% of the licensed beds occupied and 89% of the intensive care beds filled. There are about 7,900 licensed beds in Arizona, and hospitals are prepared to increase that number by up to 50% if needed under orders from the state.

Health Services Director Dr. Cara Christ said at a news briefing Thursday that the state is taking a number of steps to free up hospital space for new COVID 19 patients. They include providing cash for increased nursing home staffing and personal protective equipment, setting up a system where hospitals can connect with nursing homes and other facilities that have space and providing cash to boost that capacity.

"We know that there’s a lot of people who get really sick from COVID and they may recover enough to not need to be a hospital anymore but they may need to be somewhere else besides going home," Christ said. “Maybe they live with somebody who is high risk, maybe they still need some ongoing care.”

In an interview with The Associated Press, Christ said the state also has re-licensed some hospital areas that can be used as skilled-nursing facilities and is providing cash to hospitals to pay for increased staffing.

The state also has an entire hospital ready to reopen if needed to care for patients, and has identified three large sites that could quickly be turned into so-called “step-down” facilities that can care for patients that don't need acute-level hospital care.

“But we would prefer to have patients placed into an already existing skilled-nursing facility or a (long-term acute care hospital) or one of those,” Christ said.

The shuttered hospital, St. Luke's Medical Center in central Phoenix, was closed last year but revamped by the Army Corps of Engineers under a $4.1 million federal contract early in the pandemic.

It was originally planned to be an all-ICU facility with ventilators for virus patients but is now planned for use if needed as a post-acute care hospital that could house about 200 patients. Christ said a contract is in place with a provider which could have the facility staffed and open in about 10 days.

Staffers are being called in from across the country to beef up hospitals to prepare for a COVID-19 surge. FOX 10's Steve Nielsen asked healthcare leaders when we could hit the tipping point.

A Walgreens warehouse in Flagstaff, a former Dillard’s department store at the closed Fiesta Mall in Mesa and the Tucson Convention Center are also ready as emergency sub-acute care hospital locations that could be quickly opened.

The moves come as Gov. Doug Ducey on July 9 capped restaurants at half of their capacity but declined to shut them down entirely. He also announced the state will increase testing with a focus on low-income areas of Phoenix as many people report it’s hard or impossible to find tests. It also is paying for a private lab to greatly increase its daily capacity. Most people are now waiting up to a week or more for test results.

He encouraged people to continue sacrificing, noting the early signs of potential improvement nearly two weeks after he ordered the closure of bars and gyms and urged people to stay home whenever possible. Three weeks ago, he allowed cities and counties to require people to wear masks in public, and most of the state's population is now under that order.

On July 10, Christ said that there are early signs that the masks and other orders may be having an effect. The increases in new cases appear to have flattened out, as has the percentage rise in positive diagnostic tests.

“It’s encouraging,” Christ said. “We have not turned the corner but it’s more encouraging than it was a week ago.” 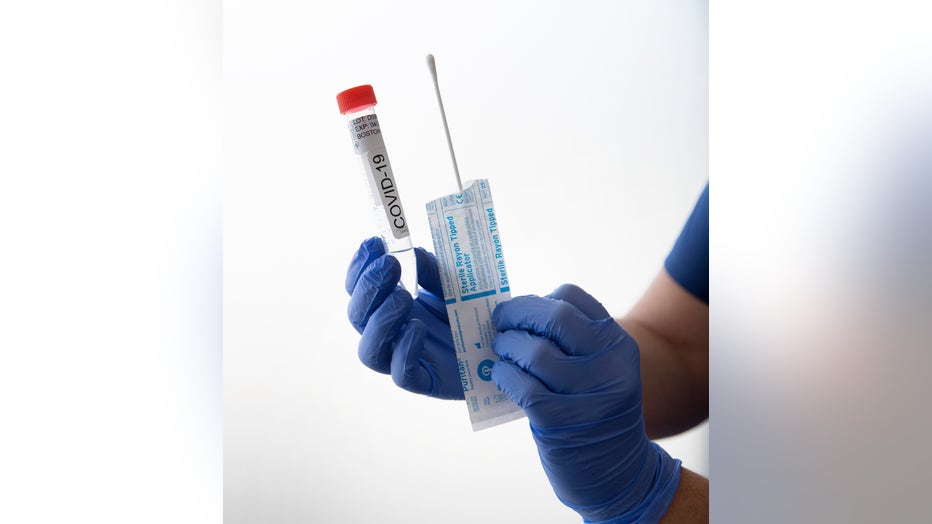 The bars argued the law invoked by Ducey in his June 17 order violates the Arizona Constitution by delegating the powers of state legislators to the governor. They say they have suffered harm from closures and restrictions imposed by the governor’s orders during the pandemic.

Ducey’s office didn’t immediately respond to a request Friday for comment on the court filing.

— Although the official Arizona count is above 116,000 cases, the number of infections is thought to be far higher because many people have not been tested, and studies suggest people can be infected with the virus without feeling sick.

For most people, the coronavirus causes mild or moderate symptoms, such as fever and cough that clear up in two to three weeks. But for some — especially older adults and people with existing health problems — it can cause more severe illness, including pneumonia and death.

Governor Doug Ducey is holding a news conference on July 9 at 3 p.m. as Arizona’s death toll from the coronavirus outbreak topped 2,000 and state health officials reported new highs for COVID-19 hospitalizations and use of ventilators.

Abrazo Health has ordered refrigerated storage in the event that it is needed for overflow morgue capacity in its hospitals amid rising coronavirus cases in Arizona.

Health experts say A rise in percentage of people testing positive for COVID-19 appears to have leveled off.