YEREVAN, Armenia - Partial results in Armenia’s snap parliamentary elections show a strong lead for the party of acting prime minister Nikol Pashinyan, who called the election in a bid to ease anger over a peace deal he signed with Azerbaijan.

But as the count continued early Monday, the bloc of Pashinyan’s main rival said it wouldn’t accept the results until doubts about the vote were dispelled.

The country’s elections commission said that with about 47% of the country’s precincts counted, Pashinyan’s Civil Contract party had 58% of the vote with former president Robert Kocharyan’s bloc in a distant second place with about 19%. One other party hovered near the 5% threshold to get seats in parliament; a bloc affiliated with another former president also was in the 5% range, but blocs need 7% to get into parliament. 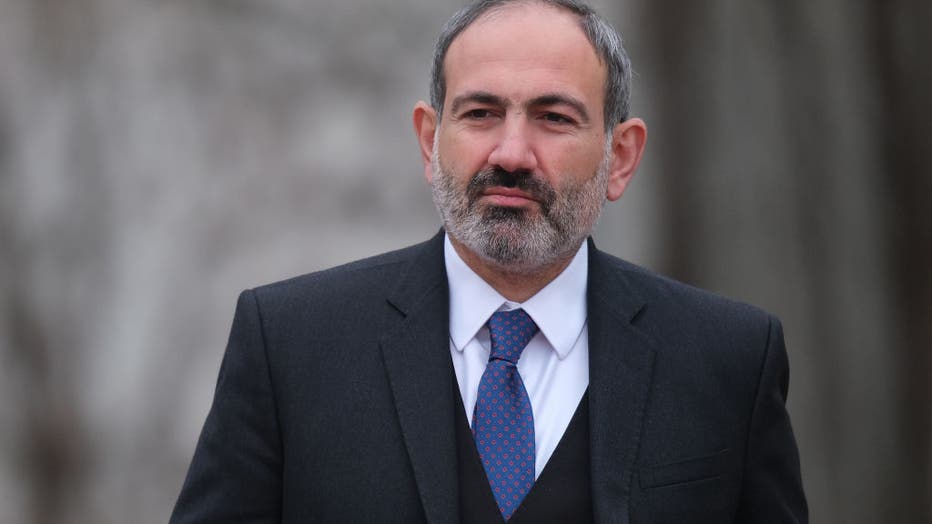 Pashinyan called the early election after months of protests demanding his resignation because of the peace deal that he signed to end six weeks of fighting with Azerbaijan over the Nagorno-Karabakh region  (also known as Artsakh).

The agreement saw Azerbaijan reclaim control over large parts of Nagorno-Karabakh and surrounding areas that had been held by Armenian forces for more than a quarter-century. Thousands of Armenians took to the streets in the capital of Yerevan to protest the deal as a betrayal of national interests.

The results "come into sharp contrast with various manifestations of public life (and) with the results of polls," it said in a statement. Many opinion polls had shown Kocharyan’s block running neck-to-neck with Pashinyan’s party.

The statement also cited unspecified violations on election day and said, "We will not accept the election results until all problematic issues are clarified and doubts dispelled."

Despite the high emotions over the war defeat and the calls for Pashinyan to resign, election turnout was lukewarm — only 49% of eligible voters cast ballots,

After calling the election, Pashinyan stepped down from the premiership as required by law to allow the election to take place but remains the country’s leader as acting prime minister. The new parliament could restore him to the full post or choose a new prime minister.

Nagorno-Karabakh lies within Azerbaijan but had been under the control of ethnic Armenian forces backed by the government in Yerevan since a separatist war ended in 1994, leaving the region and substantial surrounding territory in Armenian hands.

Hostilities flared in late September 2020, and the Azerbaijani military pushed deep into Nagorno-Karabakh and nearby areas in six weeks of fighting involving heavy artillery and drones that killed more than 6,000 people.

Pashinyan, who came to power after leading large street protests in 2018 that ousted his predecessor, has defended the deal as a painful but necessary move that prevented Azerbaijan from overrunning the entire Nagorno-Karabakh region.

Sunday’s ballot involved 21 political parties and four electoral blocs. A party needs to win 54% of the seats in parliament in order to form a government.