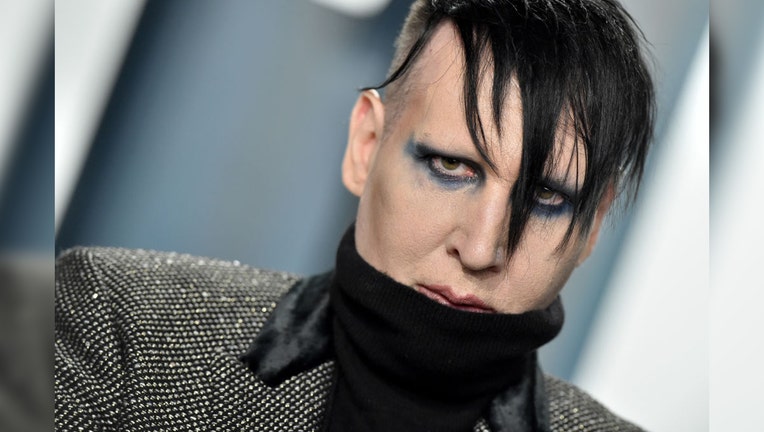 LOS ANGELES - Arrest warrants have been issued for rocker Marilyn Manson in connection to an alleged assault on a videographer in 2019, police in New Hampshire announced Tuesday.

Authorities allege Manson assaulted a videographer at the Bank of New Hampshire Pavilion.

"Mr. Warner, his agent and legal counsel have been aware of the warrant for some time and no effort has been made by him to return to New Hampshire to answer the pending charges," Gilford police said.

Manson, 52, who was a somewhat controversial public figure ever since his introduction into mainstream media, has had several run-ins with allegations of assault and abuse.

In February, several allegations of domestic violence were brought forth by multiple women in Los Angeles.

The alleged abuse took place between 2009 and 2011 while Manson was living in West Hollywood, according to the Los Angeles Sheriff’s Department.

The ongoing controversy resulted in Manson being dropped from his record label, Loma Vista Recordings. He was also removed from two television roles in Starz's "American Gods" and AMC's "Creepshow."

In response to the allegations in February, Manson wrote on Instagram that they were "horrible distortions of reality. My intimate relationships have always been entirely consensual with like-minded partners. Regardless of how — and why — others are now choosing to misrepresent the past, that is the truth."

In the lawsuit filed in federal court in Los Angeles, Bianco says that Manson violated human trafficking law by bringing her to California from England under the false pretenses of roles in music videos and movies that never materialized.

The lawsuit alleges Manson deprived Bianco of food and sleep, though gave her alcohol and drugs, locked her in a bedroom, whipped her, gave her electric shocks, tried to force her to have sex with another woman and threatened to enter her room and rape her during the night.

The Associated Press and FOX LA contributed to this report.